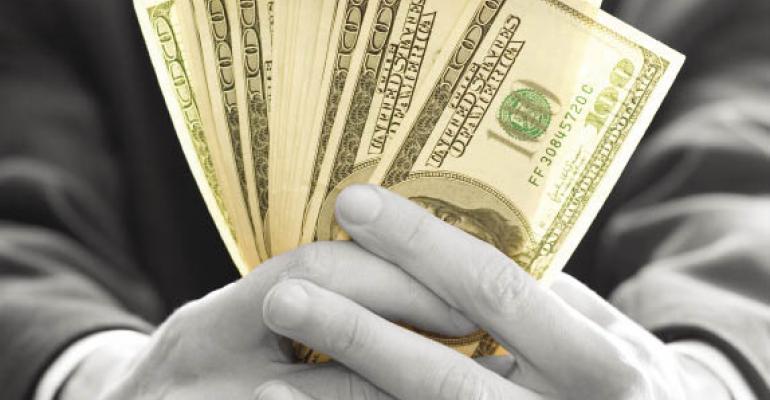 Editor’s note: This is part of the 2010 NRN and HVS salary study, “Just rewards,” from the Nov. 22 issue of Nation’s Restaurant News. To see the full report, available to subscribers only, go to NRN.com’s Special Reports page. Excerpts, including this case study and data on the most underpaid and overpaid CEOs, as well as the methodology behind the study, are available to all NRN.com readers.

The overpaid restaurant CEO is on the way out the door, according to a benchmark study by HVS Executive Search and Nation’s Restaurant News.

A survey of 2009 compensation for chief executives at 54 publicly traded restaurant companies found that three-fourths of the executives were underpaid in comparison with their peers. Only 14 were overpaid, and industry observers expect that number to shrink as the economy improves and company boards become even more meticulous in structuring executive compensation.

“We are seeing more pay for performance, especially considering the economic environment we are coming out of,” said industry veteran Sid Feltenstein, who has steered a number of chains as chief executive, chairman and/or board member, among them A&W Restaurants and Captain D’s. “Boards are beginning to get the message, and shareholders are insisting upon it.”

Taking a cue from private-equity firms and adjusting to increased government oversight and public scrutiny of compensation packages, the boards of many restaurant companies are taking a harder look at pay structures and tying chief executive compensation more tightly to the financial success of the enterprise.

“The acid test for a compensation plan is: Does the pay go up and down, or is it locked in, no matter how the company performs,” said industry veteran Wallace Doolin, now founder and chairman of Black Box Intelligence, a Dallas-based firm that tracks financial metrics for restaurant companies.

“If the shareholders are making money, they do not care how much the CEO makes,” Feltenstein said. “If the CEO is making a great deal of money, but it’s a lot more than [average] market salary, it’s not a good thing or a healthy situation. The CEO, in my view, should be willing to put a significant amount of compensation on the line for the positive performance and health of the company.”

The over and under

The index, which is based on an average of 100.00, matches executives to those in like-size companies and peer groups, said David Mansbach, partner of North America for HVS Executive Search, a consulting and recruiting firm for the restaurant, hotel and gaming industries based in Mineola, N.Y.

For example, Charles Morrison, chief executive of Dallas-based Pizza Inn, a chain of more than 310 pizzerias, had a total compensation package of $321,000 in 2009. His HVS Value Index rating was 190.98, meaning in 2009 Morrison was underpaid 90.98 percent for his position when compared with his peers. At a larger company, the 710-unit Buffalo Wild Wings based in Minneapolis, chief executive Sally Smith had a much larger compensation package of $2.4 million. But she also was underpaid when her compensation is compared with her peer group. She had an HVS Value Index rating of 139.97, meaning she was underpaid in 2009 by 39.97 percent.

At the other end of the spectrum, Jamba Juice chief executive James White had a total compensation of $695,680 in 2009. The Emeryville, Calif.-based chain owns 743 locations and franchises another 311. Considering average market size, stock appreciation and EBITDA in his peer group, White had an HVS Value Index of 6.13, meaning he was overpaid in 2009 by 93.87 percent.

Boards need to consider the entire picture when setting a chief executive’s pay, not just base salary, Doolin said.

“It’s really not about pay; it’s about reward for performance,” he said. “If profits go up, pay of executive should go up. If profits go down, pay goes down. If pay never goes down, or management never has a year where they make bonuses, something is wrong with the plan.”

“Private-equity funds are more rigorous in compensation and spend a lot more time focusing on putting the CEO on the same page as a limited partner and investor,” he said.

Some executives may be categorized as overpaid through no fault of their own but because of the economy, noted Craig Rowley, vice president of the service sector for the Hay Group, a consultancy that advises the Chain Restaurant Compensation Association, a professional organization with more than 90 member companies.

“The typical recession lasts nine months; we’re now in our 36th month,” Rowley said. “The restaurant industry took it right on the chin before everyone else. If customers cut back and go out one less night a week, that’s a 25-percent reduction in revenues for everybody.”

In 2009, many restaurant CEOs were focused on holding down the fort in the midst of the recession storm. The year was less about maximizing profits than it was about cutting expenses, getting control of operations, changing menus and communicating a value proposition to customers to keep them coming in the door, even if they did not spend as much as they did in better economic times, Rowley said.

“In a normal year, shareholders would be up in arms [regarding overpaid executives],” he said. “In a down economy, shareholders understand. Most are not happy, but they understand 2009 was a tough year. I think when we see those numbers for 2010, the overpaid number will go back down. Most have gotten their expenses under control and are focused on driving traffic and top-line growth.”

Sometimes boards may end up with an overpaid executive because they are seeking an innovator to turn around a troubled company, or they have to up the ante to entice an executive away from another company.

“Generally speaking, if I have to go out in the market and hire a new executive, typically I have to pay a premium,” Rowley said. “If I’m leaving a company, I’m going to have to give up all the equity that’s been vesting, so it’s going to take a lot of stock and equity to get me through your door.”

Executive restaurant recruiter Patrice Rice, president of Patrice & Associates in Dunkirk, Md., said she still encounters companies that want to pay top-dollar for the right chief executive, but those decisions can later haunt a board of directors.

“It may seem smart to attract the right person, if he or she does a good job,” Rice said. “But once the company is in maintenance mode, the CEO will be gone because the board is no longer able to justify his salary.”

A smart chief executive will prefer to negotiate for a reasonable base salary and greater financial opportunities through stock options, profit sharing or bonuses if he or she is able to turn a business around, Rice said.

“The CEO is not just an employee who wants a lot of money and wants a job,” she said. “The CEO wants more of a partnership and long-term incentives. He does not want to be out looking for a job in three to five years. Making the company more profitable — that’s job security.”