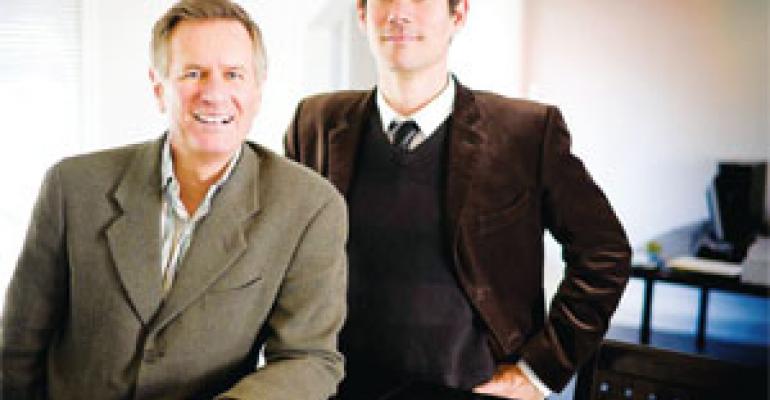 Borrowing a page from the playbooks of such popular dot-coms as My Space and Facebook, vertically oriented online social networks have come to the restaurant and foodservice industry.

Similar to broad-based social networks, the new foodservice portals, Bite-Club.com and FohBoh.com, are all about the industry, for the industry and created by industry people.

“We felt there was a place or a niche for a social network specifically for the restaurant business,” said Randy Paragary, founder of the 12-unit, upscale-casual Paragary Restaurant Group in Sacramento, Calif., and chief operating officer of BiteClub.com.

Paragary and BiteClub.com founders Sonny Mayugba and Mark Baden started the venture as a beta site last May. But with the infusion of $500,000 from investors, including Larry Mindel, former chairman of upscale Italian dinner-house-bakery operator Il Fornaio (America) Corp., the website was being re-launched Feb. 20 with expanded features and content.

Users can create their own profiles, send messages to others, contribute to blogs, search for jobs, search for employees, learn about other restaurants or promote their own.

“It seems like we’re always trying to connect by borrowing from someone else’s network site,” said Mindel, who now owns the restaurant Poggio in Sausalito, Calif. “Hire someone from Craig’s List, find out about another restaurant by going to Zagat or some other site.At Bite-Club it’s all here.”

The goal is to garner enough advertising to make the sites pay for themselves.

“It’s all about market share,” said Mayugba, chief executive of BiteClub.com. “If we can get a couple million restaurant workers on the site, then we can get the places where they work and related industry vendors. And when we see a critical mass of foodies, then it will have some good traction and we can do more advertising and marketing promotions.”

FohBoh.com, which started in late November as a beta site like BiteClub.com, re-launched with a new version at the end of January. So far, the San Francisco-based site has more than 2,200 members, said co-founder Michael Atkinson, a 30-year industry veteran.

Of the users, slightly more than half are male and 40 percent are managers, executives and owners. The rest are a mix of hourly workers, consultants, recruiters, vendors and suppliers.

The website’s goal is to have 50,000 members by the end of June, said Atkinson, whose restaurant career began as a manager in the late 1970s with the now-defunct Victoria Station chain. He later moved into corporate finance with Lehman Bros. before joining the Internet business boom of the ‘90s and helping to develop a sports-related website.

“It was social network, but we didn’t call it that then,” Atkinson said. “It lasted until the dot-com bust. I went back to work in the restaurant business in corporate finance, but the idea always resonated with me.”

There are hundreds of food and beverage related sites on the Internet—offering recipes, reviews, cookware, supplies and jobs—and scores of individual restaurant company Web pages, so why not a site that can bring people together in the industry, Atkinson reasoned.

“I wanted something that would resonate with people in the industry, that would have an insider perspective,” he said.

BiteClub.com’s founders also wanted the site to have an insider feel. Paragary came up with the name after remembering the name of a movie about a secret fighting society called “Fight Club.”

“We think it’s a great brand, and we hope people will have a lot fun with it,” Paragary said.

Although the two industry specific social networks are still relatively new, they are attracting human resources professionals as users.

“I like the fact that this site is restaurant-specific and easy to use,” Amanda Hite, director of training and development for Applebee’s franchisee Thomas & King, replied via FohBoh.com, in response to an inquiry from Nation’s Restaurant News. “Although it’s in its early stages I think it has a lot of potential.”

Companies can use social-networking sites for recruiting, noted Melissa Papaleo, a spokeswoman for People Report, a Dallas-based human resources research firm for the foodservice industry.

“I’m just totally enthralled with this site,” Papaleo said of FohBoh.com. “It makes me so excited to think about the endless possibilities this can give to our industry.”