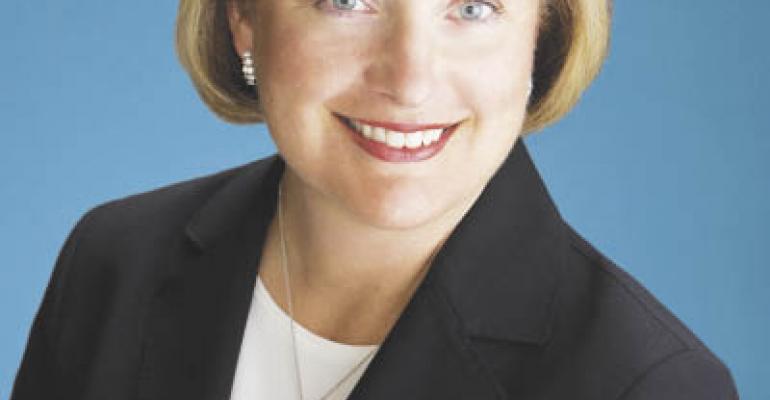 Sally Smith reflected on the last time she and Buffalo Wild Wings Grill and Bar won a Golden Chain award. The casual-dining chain was not yet a public company and had fewer than 200 stores in 2003.

Smith, who has steered the company as president and chief executive since 1996, acknowledged that BWW has plenty of room to grow in the United States — particularly in California and the Northeast. But she is excited about opening 50 corporate and franchised locations in Canada over the next five years.

“We have had great reception from franchisees that are interested in developing in Canada, both [from] our current franchisees in the United States as well as new franchisees,” she said. “They love their sports, and they love their beer. And we think we are a perfect fit.”

But in addition to expanding aggressively, the Smith-led BWW also has managed to cruise above the flock of flagging casual-dining chains by logging positive results and consecutive same-store sales gains. In its most recent fiscal year, the chain grew its systemwide sales 20.4 percent, from $1.23 billion in 2008 to $1.48 billion in 2009, according to NRN research. In comparison, BWW had annual sales of $281 million in 2002.

Brad Ludington, an analyst at KeyBanc Capital Markets, said that Buffalo Wild Wings made the necessary adjustments to grow to its current size.

“Over the past five years, they have really worked to upgrade the service, experience, facilities and food quality,” he said. “It is an attractive brand that is seen as a value in good economic times and recessionary times.”

He added that the stability of a chief executive who has been with the brand for more than a decade is an invaluable benefit.

Though Smith has become a well-known industry figure during her tenure at BWW, her first foray into the restaurant business was a modest one. While she was earning her accounting degree at the University of North Dakota, she also was working as a server at a local restaurant.

Early in her business career as a certified public accountant with KPMG, Smith worked on audits of the foodservice business at a golf country club as well as those of restaurant suppliers like Cargill. The experience showed her another side of an industry she had been introduced to in college.

“I remember taking a look at their financial statements, and I was responsible for the year-end inventory [at the club],” Smith said. “So that was my first exposure on the food cost end of things.”

Smith joined BWW as the chief financial officer in 1994 after working her way up to CFO at Dahlberg, a public company that sold hearing aids. She added to her industry knowledge early in her BWW career through a combination of self-study and networking with fellow executives.

“I read everything I could,” she said. “Nation’s Restaurant News, I would read front to back. I would read annual reports from all the big public companies at the time — Applebee’s, Brinker, Darden.”

Although Dahlberg was not a foodservice company, it did have franchisees, company stores and licensing agreements with retail chains. So even before diving into the foodservice business, Smith had familiarized herself with many of the same types of issues that chain restaurant executives face routinely.

Smith is attuned to the everyday concerns of not only the franchisees, but also the general managers, servers, bartenders and kitchen staff, said Kathy Benning, BWW’s executive vice president of global marketing and brand development.

“If you can create a culture where team members are a top priority and focus, then the business follows,” she said. “That has really been driven by Sally. She will roll up her sleeves and do whatever is necessary, and she expects that from everybody.”

Benning said the chain has a program called “A Day in the Life” in which home office executives work in a restaurant as a server, bartender or cook to experience the daily rhythms of a Buffalo Wild Wings restaurant.

Smith is scheduled to do her “Day in the Life” in the fall.

“Whatever it might be — from cutting lemons and limes behind the bar to filling ramekins in the back-of-the-house, putting chairs down, wiping tables, greeting guests,” Benning said. “She will not rest until we are all focused on our team members in the field and recognize that we are the support center for them. Business does not get done without them.”

Mary Twinem, chief financial officer of BWW, first worked with Smith at Dahlberg and joined the restaurant company a few months after Smith did in 1994. Twinem credits Smith for being able to facilitate the growth of the chain while being fair and even-handed.

“What has always rung true with her leadership is that she puts her passion for the brand first,” Twinem said. “Not all the decisions were easy. There were things that had to change in order to become as big as we have grown. You never doubted that what she was trying to accomplish was something that would make the company better.”

The rest of the industry will become even more familiar with Smith in the near future. She currently is the vice chairman of the National Restaurant Association and is in line to fill the chairman’s slot in 2011. The regulatory challenges facing the industry give her a chance to offer insights on the most pertinent legislation affecting restaurants.

“I don’t know that there are a lot of organizations that are set up to handle some of the information gathering and information requirements that are in the health bill,” Smith said. “So the association is going to have to address those things.”