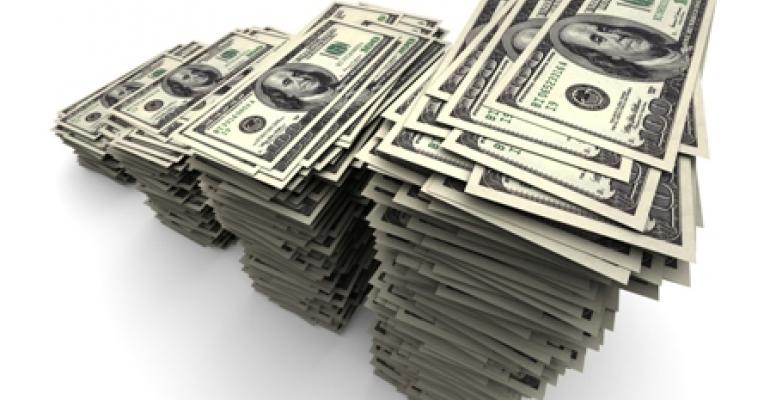 Colorado posted the lowest increase, with a 28-cent uptick per hour to a state rate of $7.64. The highest threshold is in Washington state, where the 37-cent-per-hour increase this year raises the minimum hourly wage to $9.04. Washington has had the highest state minimum wage since 1998, when voters adopted legislation tying the rate to the Consumer Price Index, or CPI.

Bruce Beckett, vice president of government affairs for the Washington Restaurant Association, said the state’s wage rate has gone up every year since, except in 2009.
During boom times, the increases had less of an impact on business, Beckett said, but this year restaurants in Washington are expected to feel the pain of the additional 37 cents – especially as Washington is one of eight states without a tip credit, meaning the state does not allow employers to use a lower hourly wage rate for employees that garner compensation through tips.

In a recent survey of its members, the Washington Restaurant Association found that almost 70 percent of roughly 450 businesses said they would have to reduce hours or shifts, cut employees or drop benefits as a result of the increase in labor costs in 2012.

“Only a handful said they felt they could deal with the minimum wage increase with [increased] menu pricing,” he said.

Washington has, on average, about three fewer employees per restaurant compared to the national average, which Beckett attributed to the higher minimum wage in the state.

The National Employment Law Project, or NELP, a non-profit research group that advocates for higher minimum wage rates, contends that the increases through eight states in 2012 will create jobs for the economy. NELP said the wage hikes will add between $582 and $770 per year to the wages of full-time workers in the eight states, a move that will lead to an additional $366 million in U.S. gross domestic product and create the equivalent of more than 3,000 full-time jobs.

“These very modest increases are not job killers,” Paul Sonn, NELP’s legal co-director in New York, said. “They’re not even real increases, these are really cost of living adjustments.”

In municipalities, the minimum wage is highest in San Francisco, where the rate is scheduled to reach $10.24 in 2012, up from the 2011 rate of $9.92. Like Washington State, California does not allow a tip credit.

Officials in Santa Fe, N.M., however, reportedly may soon take the top spot for the highest minimum wage requirement. The rate there may go up to as much as $10.32 an hour on March 1, to make up for not raising the rate in 2011. The amount of Santa Fe’s minimum wage increase is expected to be announced in mid-January, when the Bureau of Labor Statistics releases the annual cost of living index for 2011.