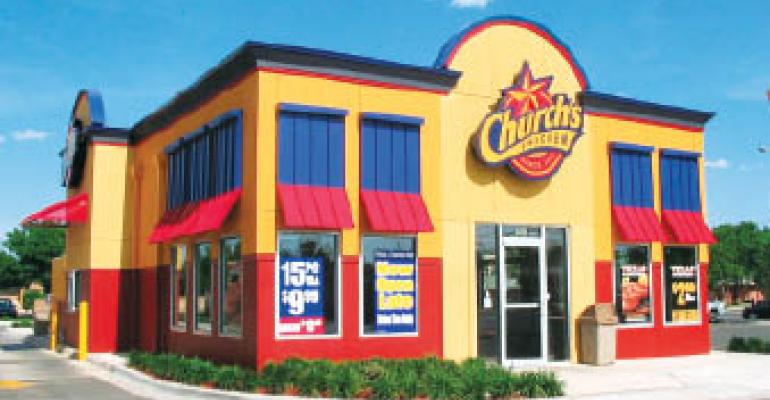 Recent deals point to a gradual thawing in frozen credit

Access to capital still dominates the list of restaurant industry challenges, but there are signs that change is in the air.

The inability to garner capital to refinance operations, grow brands or remodel existing locations remains the norm for most restaurant operators, but recent deals involving both big and small players offer some optimistic success stories for those seeking capital.

That’s the good news. The bad news is that capital remains difficult to secure without challenging terms for even the most credit worthy.

“If you looked eight to 12 months ago, banks weren’t even talking about lending money,” said Marc Glazer, founder and chief executive of Business Financial Services, a credit advance company in Coral Springs, Fla. “Now they are at least talking about it.”

Glazer had just returned from the Franchise Finance Conference when he spoke with Nation’s Restaurant News, and he said the still-tight capital environment took center stage at the gathering. Lack of access to bank funds is leaving many restaurant operators looking to nontraditional funding sources. His firm provides cash advances based on future credit-card receivables — a lending strategy that was typically used as a last resort, but that has gained legitimacy as banks and others turn away potential creditors.

Glazer noted that his firm’s recent deals have spanned from $20,000 to $500,000 and from small operations to some of the largest franchisees of well-known chains. He added that the purpose of lending also has changed. A few years ago, during the market crisis, the type of lending Business Financial Services completed was not for unit remodeling or refinancing, but for weathering slow seasons Glazer said.

The restaurant segment also has seen a growing number of larger deals come to fruition, a sign that means credit is loosening for the best creditors and that liquidity may trickle down to smaller players.

Two of the most recent large deals centered on Church’s Chicken and DineEquity.

Securitization deals allow companies to borrow large amounts of money for favorable terms through the offering of a new security class, which many times in foodservice includes future franchise royalty payments.

The 1,700-unit Church’s Chicken chain, which is owned by private-equity firm Friedman Fleischer & Lowe, said proceeds from the refinancing were used to repay outstanding balances from existing credit facilities, and to pay related fees and expenses and a dividend to shareholders. The debt refinancing includes $220 million of senior secured notes, which have a maturity date of February 2018, as well as $25 million in senior secured revolving notes.

“This new financing structure provides Church’s Chicken with greater financial flexibility and a significantly lower cost of capital, which better positions us to execute on our strategy and achieve our growth objectives,” Mel Deane, chief executive of Church’s Chicken, said in a statement.

Church’s Chicken did not return a request to comment on terms of the deal, and none were outlined in its statement.

DineEquity Inc., the parent company to Applebee’s Neighborhood Grill & Bar and IHOP, which together boast about 3,500 locations, completed late last month a repricing of its credit facility to take advantage of lower interest rates.

The Glendale, Calif.-based company’s repricing of its $742 million senior secured credit facility was completed at LIBOR plus 3 percent with a floor on LIBOR of 1.25 percent, the company said. LIBOR is the London Interbank Offered Rate, or the rate at which banks borrow funds from other banks.

DineEquity said the new terms represent a 4.25-percent interest rate, compared with its previous 6-percent rate on its bank loans. The new terms would lead to annual interest savings of about $13 million.

GE Capital, Franchise Finance — one of the largest restaurant lenders — is inching back into the game after years of very little activity with restaurant clients.

When the credit crisis hit, GE Capital was one of many lenders that retreated from providing capital, and in some cases pulled the plug on deals ready to close. The loss of a major player like Scottsdale, Ariz.-based GE Capital contributed to the credit freeze restaurant operators have experienced for the past few years.

But during the past few months, GE Capital has been publicizing its newest restaurant deals in a way it hasn’t for some time. The company did not return a call seeking comment on the lending environment and its practices.

Recent deals, however, include $13.2 million in financing to Ponder Enterprises Inc., one of Hardee’s largest franchise operators. Based in Donalsonville, Ga., Ponder operates 24 restaurants in Georgia, Florida and Alabama.

The credit facility, consisting of an $11.2 million term loan and a $2 million development line of credit, is being used to refinance existing debt and fund capital expenditures.