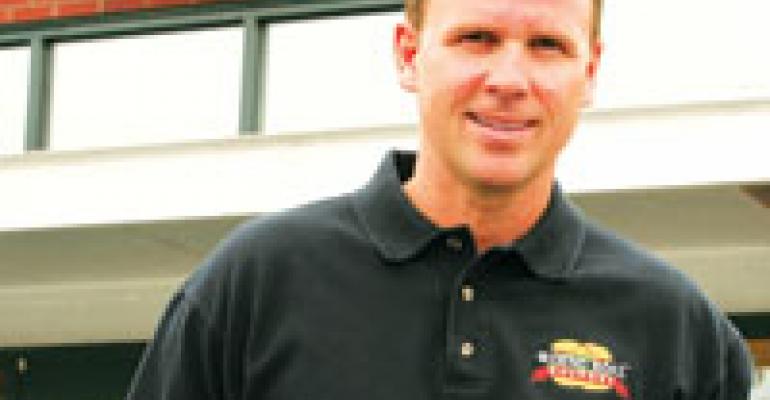 Given the possibility of recession as well as falling property values because of the subprime-mortgage crisis, operators are reassessing their real estate strategies to get the biggest bang for their buck.

For some restaurateurs, that means forsaking leases to own land, while others are creating smaller prototypes that do not sacrifice throughput or sales but do have lower rents. Still others are scrutinizing their construction schedules, remodeling timelines, franchisees’ expansion plans and every other fixed cost that can’t be depreciated when it comes to opening a new property.

“We’re not even in a recession yet, but real estate has been rising, and now we have this tight credit market,” said Allan Hickok, managing director of the Restaurant Industry Group for investment banking firm Houlihan Lokey in Minneapolis. “For companies that are still executing their fundamentals, tight credit can be a good thing.

“But it’s been said before: When the going gets tough, the weak get weaker, and the strong get stronger.”

Although the Federal Reserve last month lowered the prime interest rate by one-half of a point, that action could take months to be reflected in interest rates offered by lenders, Hickok noted.

If commercial property prices do start falling, Gary Reinwald, executive vice president of real estate for Indianapolis-based Steak n Shake, a 447-unit family-dining chain, says it might be better to own land than to lease it.

He noted that during recessions not only do property values decline, but some businesses in good locations fail, making more desirable space available.

“Hopefully, there is a better chance to own your place,” he said. “I think there are going to be many more opportunities.”

Mike Lassiter, president of Franchising Concepts, a multiconcept franchising company based in Atlanta, said his company’s Rising Roll Gourmet brand—a fast-casual sandwich concept with 12 units running, four in construction and 35 units committed to by new franchisees—is going to reduce the square-footage needs of its new prototype to take advantage of lower lease rates. The downsizing will not sacrifice sales or unit efficiency, he said.

Lassiter, who once was the second-largest area developer in the Schlotzsky’s sandwich system and has 27 years of experience in commercial real estate development, said Rising Roll’s current prototype would be reduced from 2,400 square feet to 2,000 square feet through “value engineering.”

“Value engineering is making use of dead space,” Lassiter said, “and for us, that dead space is in the front-of-the-house, where we use a long walkway to get to the menu board to order. So we are going to get the seating capacity up and knock off 400 square feet and maintain the same throughput of the kitchen.”

Lassiter also will get more involved in his franchisees’ lease discussions with landlords, especially new recruits to the business who might be taken advantage of by landlords handing out leases written during the boom years of the 1990s.

“Even though they are saying there’s a recession coming, I’m very excited about our category and our place in it,” he said. “Problem is, fast casual grew so fast, and they got a lot of bad real estate deals out there. With a coming slowdown, I know some sites will be freed up, but we’ve got to make sure that these developers are realistic on the rent. So we’re going to be patient.”

Matthew Shay, president of the International Franchise Association, said Lassiter’s strategy is a wise one.

Noting that issues of real estate and property factor far more critically in the success of the restaurant business than they do in other industries he represents, Shay challenged foodservice franchisors to sharpen their operations.

“A recession is a time when you have to improve what you do, not let it shape what you do,” he said. “Focusing on franchise operations at the unit level and providing maximum levels of guidance and support in advertising and marketing [are] key.

But he noted that there are a few easy steps that could make the days ahead smoother in handling real estate issues.

“For all projects under construction or in the pipeline, get them finished,” he said, “and get them cash-flow-positive as fast as possible. As it relates to preopening marketing expenses, double whatever time it was that you used to spend. So if a chain promoted a place for four months, consider eight.”

Lombardi added that operators who have signed letters of intent for projects that are way down the development pipeline should re-evaluate those plans, getting rid of “OK sites,” while keeping the “A-plus ones.”

“The last thing you want to do in a recession is open an OK site because an OK site doesn’t last in tough economic times,” he said.

Lombardi also urged operators to be mindful of the hidden costs of canceling a deal.

“If it’s only a letter of intent, maybe I can wiggle out of it, but is there a penalty? If you are in a development area, and you see that the area is not as hot as when you signed the deal months ago, can you leverage that observation with the developer or the landlord?

“Maybe there’s an important anchor that is not going to open for several months or whatever, and maybe your business plan was dependent or keyed to the anchor opening. Let the landlord know you can’t make a move until the anchor opens.”

Tom Prakas, principal owner of the Prakas Group, a Boca Raton, Fla.-based commercial real estate brokerage that specializes in restaurant and lodging deals, agrees that while there is no one blueprint for dealing with a recession, operators should keep their projects moving, while paying attention to regional economic trends.

Prakas urged operators to do their homework, get more conversant with the business pages and economic forecasts from experts, and plan accordingly in their particular region or city.

“I’ve seen good and bad economic times come and go, but there is one thing that stands up: Good operators who know what they are doing and have a great product make it.

“Maybe it’s a question of controlled growth as opposed to 20 or 50 or 100 new stores. I know Wall Street hates it when you don’t hit your unit numbers, but what’s more important?”