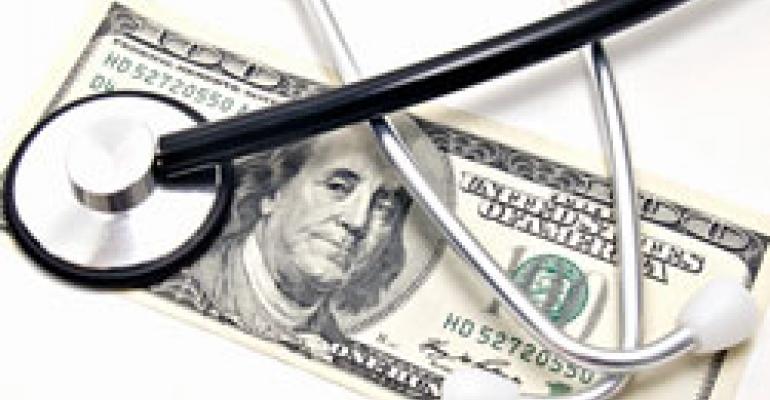 The nation’s first municipal law requiring employers to provide workers with paid sick leave is achieving most of its goals, but foodservice employers were among those struggling the most to adapt, researchers found.

A report issues by the nonprofit Institute for Women’s Policy Research, or IWPR, of Washington, D.C., concluded that surveys of workers and employers “suggest” the three-year-old San Francisco law “is functioning well” and that “most employers support the law and relatively few report adverse effects.”

The report also indicated that compared to all surveyed employees, a smaller percentage of foodservice workers alleged improper treatment by their employers after the law was implemented in 2007.

The new bill is modeled after the San Francisco law, which permits workers to accrue one hour of paid sick leave for every 30 hours worked up to a maximum of 40 hours or five days per year for staffers of companies with 10 or fewer employees, and 72 hours or nine days annually for employees of larger firms. AB 400 would allow workers statewide to use paid sick days for personal illness, to care for a sick family member or to recover from domestic violence or sexual assault.

"When we go to work sick or send our children to school sick, we put others at risk,” Ma said. “AB 400 enhances public health and supports the economic security of California’s families.”

Ma’s office also cited as a reason for the introduction of AB 400 the findings of a recent Restaurant Opportunities Center United sponsored survey of more than 1,700 restaurant workers and interviews with nearly 100 employers in Los Angeles, Miami and Washington, D.C. ROC said research found that nearly 90 percent of those workers do not get paid sick days and more than half have gone to work sick.

The authors of the IWPR study said the surveys found that while workers could accrue between five and nine paid sick days a year, the median number of paid sick days actually taken among the nearly 1,200 surveyed employees was three.

“Workers did not abuse this,” said Robert Drago, director of research for the IWPR and co-author of the report with Vicky Lovell, the institute’s former acting director of research. Referring to paid sick days, he added, “A full quarter of qualified [employees] used none.”

Drago and Lovell wrote that as of mid 2010, paid sick day laws had been considered by Congress, nearly half of the states and several cities, but only San Francisco had adopted a universal employer mandate.

Paid sick days law advocate Ann O’Leary, executive director of the nonprofit Berkeley Center on Health, Economic & Family Security in Berkeley, Calif., said the empirical data uncovered by the San Francisco surveys could help San Francisco improve its implementation of the law and “help guide other jurisdictions,” including the state of California, considering such measures.

But calls for a statewide paid sick leave law were rejected by the California Restaurant Association, which contends that a “one-size-fits-all” law won’t work for an industry where businesses literally may be run by a mom and pop, as well as international corporations.

“We would oppose a statewide mandate because of the voluntary measures in place,” said Daniel Conway, CRA legislative and public affairs director. By “voluntary measures,” he said he meant the many various steps already taken by employers and employees to accommodate each other when a worker is sick in an industry where employees “often are treated like family.”

Kevin Westlye, executive director of the Golden Gate Restaurant Association, representing operators in San Francisco and surrounding cities, said his group did not oppose the voter-approved Paid Sick Leave Ordinance, or PSLO, as it believes “the benefit of keeping sick employees out of the workplace is substantial for the employee, their fellow employees, and the customer.”

“Most restaurants I have spoken to agree with the policy [and that] the benefit is substantial for a reasonable cost versus our other local employer mandates: universal healthcare at the cost of the employer with no real cost containment reform and high minimum wage with no tip credit,” Westlye said.

O’Leary said the report substantiates the position of supporters that a paid sick leave ordinance improves economic security for families” as it “both provides pay and prevents [employer] retaliation.”

Referring to concerns about the potential negative impact on companies and their workers raised by some business interests prior to the San Francisco law’s passage in late 2006, O’Leary remarked, “The impact on employers is not as dire as was suggested,” and “six out of seven employers did not report negative effects on profits.”

Although the study found that one in seven employers lost profits as a result of the mandate, Drago said he believed such losses likely were a “transition” cost tied to companies with no previous experience in offering paid sick days. Such firms might lessen negative impacts, if any, by learning from companies with experience in managing paid sick days, he indicated.

In all, more than 700 San Francisco employers in eight different categories were surveyed.

Of the accommodation [hotel] and foodservice employers surveyed, none said profitability improved under the paid sick leave law. In comparison, 0.1 percent to 5.7 percent of the employers in five other groups said profits increased as a result of the law.

About 17.4 percent of accommodation and foodservice employers said profitability suffered as a result of the law. The construction, “other services” and “other” groups had similar or higher percentages of employers reporting eroded profits. On the lower end of the scale, negative effects on profits were reported by 6.9 percent of education, health care and social services employers, and by 7.9 percent of employers in finance, insurance and real estate.

When asked to describe the difficulty of understanding and administering San Francisco’s paid sick leave law, half or more of the surveyed accommodation and foodservice employers chose “somewhat difficult or very difficult.” Among the other employer groups, only construction employers responded in that manner at nearly as high a rate, while a third or fewer employers in other categories characterized understanding and administering the law as somewhat or very difficult.

That assessment of the difficulty of understanding and administering a paid sick leave law by accommodation and foodservice employers might be explained by their relative lack of experience with such a benefit prior to the passage of the San Francisco law.

The survey found that just 23.6 percent of accommodation and foodservice employers queried provided paid sick days prior to passage of the law and that even after that benefit was mandated, just 62.1 percent were in compliance with the law. In comparison, the percentage of employers from other industry groups that had paid sick leave prior to the law’s passage ranged from 29.8 percent in construction to 87 percent among finance, insurance and real estate employers.

Of all employees, 23.7 percent said their employers were not in compliance with the paid sick leave law, compared with 27.4 percent of the surveyed leisure and hospitality category workers who made the same claims.

The full report can be found online at http://www.iwpr.org/pdf/A138.pdf.