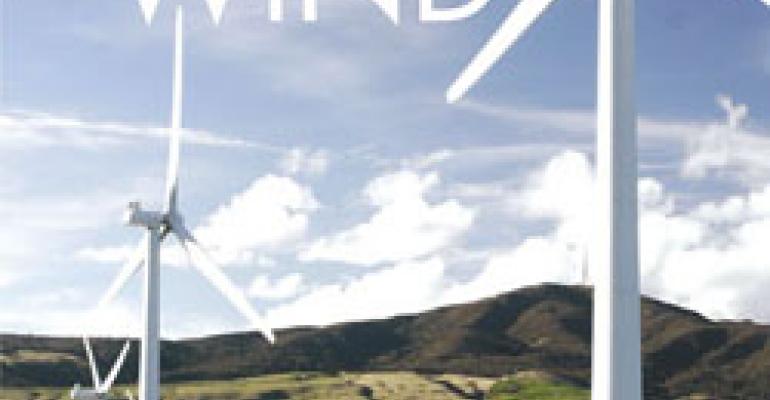 The medium truly is the message for restaurants that are promoting their environmental initiatives.

It’s the medium of recycled material—cups, menus and napkins—that contains information about the restaurants’ eco-friendly practices, and it’s literally putting the marketing message into the hands of diners.

Although promotional efforts are largely confined to in-store material and websites, restaurant executives agree that it’s important to tell consumers that they’re doing their part to clean up the environment. Diners, they said, are growing more aware of the problems with waste and the role restaurants play in contributing to environmental problems.

“Unfortunately, we’re an industry that causes the most waste out there,” says Vaughan Lazar, co-founder of Fort Lauderdale, Fla.-based Pizza Fusion.

The need to communicate eco-friendly practices has grown more critical in the space of just one year, judging by results of a new survey on consumer attitudes about the environment.

The 2007 ImagePower Green Brands Survey—conducted by Landor Associates; Penn, Schoen & Berland Associates; and Cohn & Wolfe—reports that consumers are demanding more green products and business practices, compared with 2006 survey results that showed consumers were largely unfamiliar with the concept of “green.” Because consumers are more aware of conservation and sustainability practices, the new report says, corporate environmental efforts have to be perceived as “more than just lip service.” That’s a point Lazar would agree with.

Environmental initiatives have to be substantial and sincere, he says, otherwise consumers will perceive them as a “marketing gimmick.” Some restaurants do nothing more than use 30 percent post-consumer toilet paper, Lazar says, “and they’re putting up signs about it” to promote themselves as eco-friendly establishments.

The two-unit Pizza Fusion has instituted a wide range of environmental initiatives to conserve energy and reduce waste involving all aspects of its operations. The restaurant informs customers about its green initiatives by detailing its efforts on the menu, and its delivery vehicles are hybrid cars bearing an “Earth-Friendly” slogan.

The restaurants’ eco-friendly practices also build relationships with customers who may not engage in sound environmental practices at home but want to do something to cut down on waste and energy use, Lazar says.

“They feel they’re doing their part just by eating in our restaurant,” he says.

Pizza Fusion’s marketing material also is part of its environmental initiative. Marketing collateral is made of paper that is chlorine-free and consists of 50 percent alternative fiber and 50 percent recycled content. Branded pens are made of 100-percent recycled cardboard and plastic.

Restaurants and other marketers still rely on traditional direct-mail paper coupons, but an in-home media company, New York-based Hanger Network, has developed an alternative to the coupons called EcoHanger, a clothes hanger made of 100 percent recycled paperboard and distributed through about 35,000 dry cleaners nationwide.

Dunkin’ Donuts is the company’s only restaurant client now, but Hanger Network is talking with “a number of other chains” about using EcoHanger, Bloom says.

Hangers are distributed in areas to match where the consumer lives and where the restaurant is located, Bloom says. He claims that EcoHanger has a 100-percent view rate among consumers.

“You don’t get dressed with your eyes closed,” he says.

Whatever vehicle restaurants use to send eco-friendly messages, more restaurants are likely to pursue environmental initiatives because “the realization of doing the right thing for the environment is absolutely growing,” says Chas Hermann, senior vice president of Los Angeles-based Coffee Bean & Tea Leaf.

“There’s a fantastic recognition to doing the right thing,” he adds.

The restaurants display a certification emblem on their front doors, but Hermann’s not certain whether it’s an effective way to reach customers with an eco-friendly message.

“I’m not sure of the level of awareness that consumers have for the Green Restaurant Association,” he says.

More effective in getting the message out are the recycling bins in the stores and the environmental messages on napkins and cups. The chain promotes conservation of paper cups by offering discount coupons to customers who bring their own cups from home and by using ceramic mugs for coffee and tea consumed in the store.

Putting environmental messages on napkins and cups makes existing customers “proud to be a customer” of an environmentally aware restaurant, Hermann says, and it’s a way to reach younger consumers, who are highly aware of the environment as an important social issue.

The 2007 Alloy College Explorer study, by Alloy Media + Marketing and Harris Interactive, found that 37 percent of adults 18 to 30 years old prefer brands that are socially conscientious, and that 66 percent ranked eco-friendly or green practices as the second most important factor in determining a marketer’s social responsibility.

As important as it is to reach consumers with eco-friendly messages, it’s just as important to sell employees and potential franchisees on the idea of improving the environment, says Tom Sadler, vice president and chief concept officer for the 23-unit Hurricane Grill and Wings, based in Stuart, Fla.

The chain’s beverage cups are made from 100 percent corn and are entirely compostable. Hurricane’s cooking oils contain no trans fats, and some of the oil is recycled into the making of bio-diesel fuel.

Like other chains, Hurricane describes its environmental initiatives on the menu so consumers know about them, but its communications efforts right now are focused elsewhere.

The chain has a culture of trying to be environmentally responsible, he says, and “it’s important to market that culture” so employees and franchisees continue it.

“We do a lot of internal marketing to employees,” he says, “and it’s very important that we’re marketing those initiatives to potential franchisees. That’s got to be important to them as a business owner. We have focused more internally to make sure the culture is well-founded, and once it’s well-founded we can let consumers know.”

Hurricane posts its environmental initiatives on its website and plans to increase its public-relations efforts as it makes other changes in its operations, Sadler says. The chain still uses some petroleum-based packaging but plans to get rid of it by the end of this year, he says. Hurricane also is moving away from plastic salad bowls to bowls made of fiberboard or paperboard, and it’s looking to use knives and forks made of heavy bamboo products, Sadler says.

The foodservice industry is lagging behind others when it comes to environmental initiatives, he says, yet it is the “biggest culprit” in generating waste.

The Boston-based Green Restaurant Association, founded in 1990, has certified more than 300 restaurants for following certain environmental practices and helps to generate national and local media exposure for itself and member restaurants.

CNN, Time magazine, NPR, The Boston Globe and The New York Times, as well as local media outlets, have covered the association and its activities.

Executive director Michael Oshman says he’s heard only anecdotal evidence of sales increases resulting from a restaurant’s being awarded certification, but he adds that consumers who buy energy-efficient cars and light bulbs are the same consumers who want to eat in eco-friendly restaurants.

They and the readers of environmental magazines, where the association and eco-friendly restaurants get exposure, are driving word-of-mouth for the restaurants.

“That’s what’s really helping this movement take off,” he says.