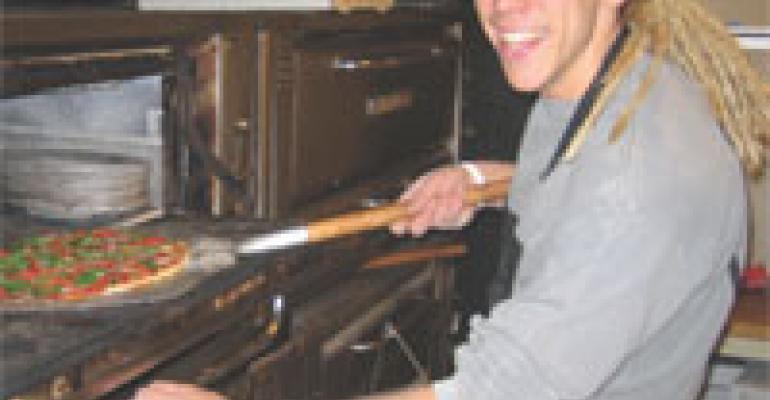 Unable to decide on a career after graduating from college with a business degree, 26-year-old Canadian Sean Aiken started a yearlong trek across North America, doing a different job each week.

He maintains a website, , where he blogs about his experiences on the road and at work. He donates the money he makes to an anti-hunger charity. His jobs have varied wildly from picking cattails in a swamp in Montreal to playing with preschoolers in Meridian, Idaho. Along the way he has also worked in the foodservice industry as a baker, bartender and pizza maker.

“My dad said to me my last year of college that no matter what you do, do something you are passionate about,”Aiken said.“I promised I would do that.”

Aiken has come to typify the generalities employers often make about his generation, sometimes called Generation Y or the Millennials: impatient, independent and easily disillusioned, but desiring recognition and a meaningful purpose to their work. Recent studies have found younger workers to be the least satisfied with their jobs.

That age group, roughly 16 to 29, is the heart and soul of the industry’s workforce. Half of all restaurant employees are under 30, according to the National Restaurant Association. However, the labor participation rate of 16- to 19-year-olds has been relatively flat, increasing competition with other industries for young workers.

With the industry expected to add another 2 million positions in the next 10 years, understanding how to retain young workers is critical to any restaurant’s success, industry experts and operators agree.

Some have found that successful strategies involve plenty of recognition, trust, appreciation and a fun work environment.

“We don’t have turnover,” said Irene Bagley-Heath, who with her husband, Darren, owns Sweet Tomatoes Pizza in the Cape Cod, Mass., town of Osterville. Aiken worked at Sweet Tomatoes during the 37th week of his job trek.

During the busy summer season, the same young employees come back from high school or college to pick up shifts, she said.

“What’s our secret?” Bagley-Heath said. “We’re exceptionally loyal to our employees, and they are equally loyal. All of my staff knows no matter where they are or what happens to them, I’ll fix it for them. If they get arrested, I’ll bail them out of jail. When they go back to college, I pay for their books. Sometimes I pay for their housing. If they need a car, I’ll help them out. I’m like a mom, but I’m not their mom, and that’s the difference.”

A recent study on job satisfaction in different age groups by Leadership IQ, a leadership training and research company in Washington, found young employees were more likely to think positively of their work if they had a boss who recognized and praised them.

A report commissioned by Workplace Options,an employee benefits provider in Raleigh, N.C., noted that younger employees want a healthy balance between their personal lives and work.

“This group is less concerned about stability and more concerned about what job fits their schedule the best,”he said.“The question ‘what’s in it for me,’ is key for the employer to retain Gen Y employees.They are not entirely selfish, but they tend to want their needs addressed and accommodated, and they want work to be fun.”

Offering an enjoyable work environment has a been a mission for CiCi’s Pizza, the Coppell, Texas-based chain of more than 300 buffet restaurants, said Steve Hawter, its vice president of training.

CiCi’s has been focused on developing its managers, many of whom are Millennials, as well as improving its training materials to resonate better with young hourly workers.

“A key piece when we talk about motivating that generation is they are used to being entertained and making things fun, so we look for fun ways to deliver different training messages,” Hawter said.

CiCi’s holds high-energy conferences with managers a couple times a year. They send managers back to their stores with CDs and DVDs of encouraging messages.Training materials for hourly staff also contain videos and graphics, Hawter said.

Aiken, who will end his 52-week work sojourn in March as mayor of his hometown, North Vancouver, British Columbia, still is undecided about a career. In his travels, he has learned that people who are passionate about their jobs feel their work is important.