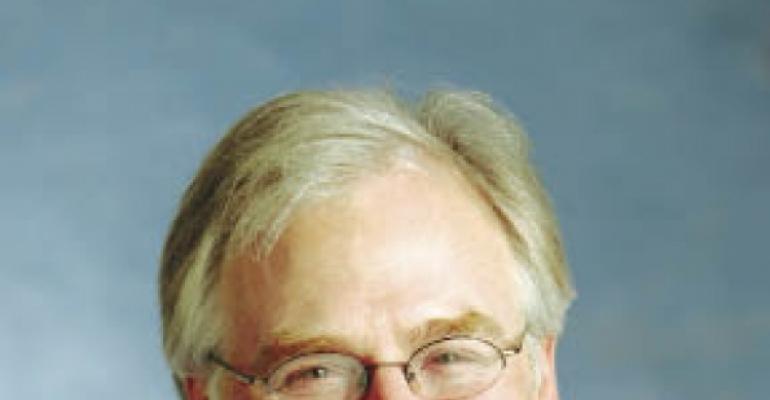 When it comes to shopping, do you prefer driving to six different stores, getting in and out of your car six different times and trudging to and from each place, or do you prefer a mall where parking is plentiful and there’s an abundance of stores to choose from? Most Americans choose the latter, and this real-life preference is now being exercised online as well. Individual websites are the stand-alone stores, and Facebook is the mall. The future of both retail and foodservice marketing will be dependent on it.

Facebook is ground zero for the future — and present — of online retail and foodservice marketing. This social media juggernaut now has north of 500 million users, and Slate.com estimates that more than 474,000 new users join daily.

Savvy retailers have taken notice, building scores of Facebook “stores” for their brands with shopping functionality, weekly ads, coupons and new item features. This allows them to tap into all those Facebook users, who can shop without leaving the interactive social “mall” that is Facebook.

“Over 1 million websites have already integrated with Facebook to accommodate these users, 50 percent of whom log on daily,” reports Maria Halkias in the Dallas Morning News. And for those of you who are unconvinced that Facebook is the final evolutionary front of social media — remember Friendster in 2002 and MySpace in 2003? — the fact is that half-a-billion-and-growing Facebook users is a heady core group unlikely to migrate in significant numbers to a new challenger. If that new challenger proves too pesky, Facebook will merely buy them out and swallow them up.

“Originally, we all thought of Facebook as a destination website that people went to, and now it’s viewed as a platform,” Josh Goldman of Norwest Venture Partners reportedly said in the Dallas Morning News article. Goldman calls it “social retailing,” where retailers aim to transform “all these [social media] conversations into conversions.”

What does this mean for restaurants? Primarily that your customers will be hanging out a lot more on Facebook than at your website. If you lack a comprehensive strategy and plan to establish or expand your retail presence on Facebook, get moving. And if you’re really forward-thinking, consider this: Gaming — especially FarmVille and Café World — has taken off even faster on Facebook than retailing, according to Shop.org. So consider ways that you can effectively integrate your brand into this emerging Facebook trend as well.

Another future trend — available now — is the digital handheld menu, I mean, iPad. According to industry estimates, Apple has sold 8.25 million iPads since its introduction in April. Industry watchers project another 4 million units being sold this holiday season alone as retailers like Best Buy, Verizon and Amazon prominently feature the device in-store and online.

In 2011, Blackberry will introduce the Playbook tablet and Motorola the Droid tablet to compete with the iPad. The devices will reportedly cost half the price of the iPad. Why is this relevant to restaurateurs? Play with an iPad for 10 minutes, and it’s evident that this platform — or its forthcoming imitators — is the future of full-service restaurant menus.

Why hand someone a static paper-based menu with a photo or two when you can offer a three-dimensional, interactive multimedia merchandising machine that features tantalizing video of each dish, detailed preparation steps and ingredients, and the obligatory “Diners who ordered this item also ordered the Sullivan Vineyards Chardonnay and chocolate torte,” as gorgeous video of both the wine and dessert plays? Integrate the right pricing algorithm, and menu prices could fluctuate by meal period or diner based on customer traffic, current inventory, budget goals or even when the customer approaches a preset check average hurdle, e.g. “Buy an extra dessert to go and get 1,000 bonus points added to your frequent diner card!”

Want to leave feedback on your visit? Click. Want a coupon tailored to your tastes for a future visit? Click. The combination of sight, sound, flexible pricing and instant systemwide upgrades will pay for itself and, more importantly, leap the “biological barrier” of unengaged servers who fail to merchandise the menu. The digital menu pad/tablet may even replace the servers with food runners instead, simultaneously solving two of the industry’s endemic bugaboos: labor and turnover.

The first point of entry for these devices will be as takeout menus, then they will slowly takeover the dining room. “Yeah, but…,” you say. What about theft, price, older customers confused by the iPad menu, etc.? Fair questions, and be assured that time and competition will soon resolve them all. I’m certain your great-grandparents had similar concerns about the sounds of those dang loud automobiles scaring the horse, too. In QSR operations, the solution is already here: self-ordering, freestanding kiosks and interactive drive-thru menu boards.

Finally, the smartphone is also radically changing the way we do business. More than 75 million Americans are now mobile Web users, up 33 percent from 2008. There are basically handheld computers so powerful as to upend the rules of restaurant marketing and impulse buying. We’ve already seen their impact on foodservice marketing via geotagging apps like Foursquare and Gowalla. But the best is yet to come. Walk past certain restaurants in London, Tokyo, Buenos Aires or Berlin, and your smartphone may buzz with 2-D coupons good for the next two hours in that unit — situational marketing at its finest.

Use your Droid or iPhone to buy, bid or barter anything on the Internet — while you’re updating your Facebook account. And now a new, game-changing service called Square, helmed by Twitter co-founder Jack Dorsey, has introduced an incredible credit card swiping application for your smartphone slot. Anyone can now accept payment or pay via a smartphone and sign with a finger, at a cost significantly lower than most current credit card company fees. Visit David Pogue’s Personal Tech column at The New York Times to learn more.

Are you on-board with change? To paraphrase Norm from “Cheers,” when it comes to technology and marketing, it’s a dog-eat-dog world, and if you’re falling behind, you’re wearing Milkbone underwear.