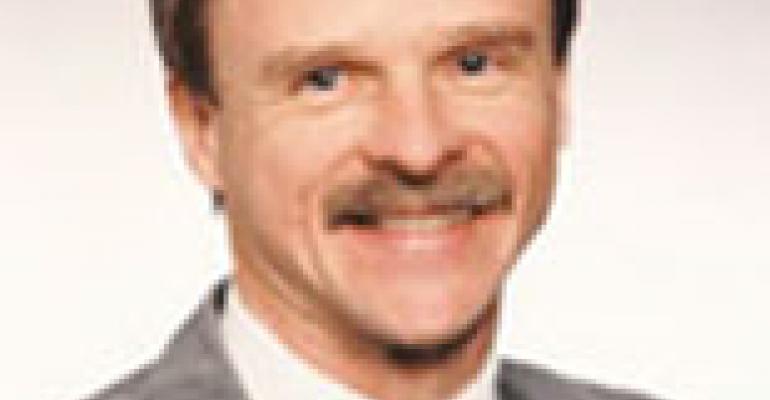 Even given the uncertainties attendant to the federal rescue of Wall Street and the global lockdown on lending, franchisees in good standing with sound businesses and supportive and savvy franchisors are poised to secure financing at lower rates and pick up good real estate at reduced lease costs, they say.

Pointing out that an economy, no matter its health, is always a sword that cuts both ways, Darrell Johnson, chief executive of FRANdata, a Washington, D.C.-based research group specializing in franchising, argued that for all the losers the current economy will create, it’s also going to generate winners who can capitalize on the losers’ misfortunes.

A Wharton School-trained economist, a veteran banking executive, and a specialist on lending policies and practices of the SBA, Johnson argued that one arena where his theory is already proving true is in the “reflagging” of shuttered restaurant sites.

“This idea of reflagging real estate goes on all the time, quietly, even in good times. One business closes, and another moves in. But I think what will be different is the duration of this downturn. If it is short-lived, we probably won’t notice it, but if it is long, and you are already a franchisee with certain operational challenges and your customers are cutting back, the number of properties available could be voluminous.”

In finding the money to take advantage of real estate opportunities, Johnson urged franchisors to think like bankers to help their franchisees find capital.

At the Franchise Leadership Development Conference where FRANdata released its Franchise Forecast for 2009, he urged franchisors to prequalify their franchisees so that when a lender is presented with a loan or credit application, the franchisor has already documented the strength of the creditworthiness of the operator to make the deal fly through.

“Capital access is going to be a real challenge for the next 12 to 18 months,” he said. “Credit is fundamentally shut off today, and right now there is a continuing spiral downward and it seems hard to reverse.

“Meanwhile, what few banks are lending have tightened their underwriting standards. Years ago, access to capital was a given, and franchisors had this attitude that if a franchisee had problems finding money, it wasn’t their problem but the franchisee’s. But now they are in it together.”

By thinking like bankers in a market where banks are not adding to their current portfolios of loans, franchisors can arm franchisees with the information and underwriting criteria that a lender would want to know, thus eliminating the possibility of the bank saying the application is too risky, Johnson said.

Key to thinking like a banker is to point out the financial and marketing strength of the brand, the depth of the management experience, and the operational performance, he added.

Another key source of financing for franchisees is the SBA, Johnson said. But while many banks are still writing SBA loans because they are guaranteed by the federal government for up to 80 percent, Johnson suggested that many franchisors have not joined the SBA’s franchise registry, a list of franchised companies whose franchise agreements comply with rules that do not conflict with the approval of small-business loans.

Michael Stamler, a spokesman for the SBA, said the registry functions as a screen to ensure that a franchisee’s loan request is intended for his or her business.

“What we do to determine if a franchise company is eligible to get on the registry is by going over their franchise agreements in great detail,” Stamler said. “What we are looking for is any language that would cast doubt on whether the borrower or the buyer of the franchise is not a small business but is an unqualified larger entity, the business owner or the franchisor who is reserving certain rights beneficial to them as the owner of the business.

“For example, there are certain agreements out there with clauses that say the franchisor can take over a franchisee’s business at any time for any cause. Well, that would cast doubt on whether the borrower is actually a small business, and it would be disqualified.”

With 30 years practicing franchise law, Ken Costello, a Los Angeles-based attorney for the national law firm Bryan Cave, has structured a number of deals in previous bleak economic times where franchisors, franchisees, lenders and landlords have sat down together and agreed to accept less out of their relationships with one another if the payoff in the future was a stronger and more prosperous franchise system.

Costello said that for most of his career restaurant franchisors have agonized about the lack of good locations. A bad economy, however, will unleash a torrent of great locations that will present opportunity for growth, he said.

Under the current circumstances, Costello is bullish that even if financing is difficult for franchisees to find, relationships built on mutual self-interests among lenders, landlords and franchisors—who might relax certain performance and royalty requirements and qualifying criteria for new franchisees—will be common in the months to come.

“Landlords don’t want vacancies, banks don’t want loan defaults, franchisors don’t want to see closed stores and good locations get away from them, suppliers want to be paid, and franchisees don’t want to fail,” he said. “I guess the lesson in all that is that no one party can expect the other to bear the brunt of a bad situation anymore.

“Even if you have a franchisee who is struggling or one who wants to expand in this market, what I’ve been telling my clients for 30 years is that you have got to bring all the players into the room to create a win-win. Unfortunately, that win usually comes on the back of someone who didn’t do so well.”

Attorney Harold Kestenbaum, who also has practiced franchise law for 30 years and recently co-authored the book “So You Want to Franchise Your Business,” said that while banks are still writing loans for franchisees, the successful borrowers are usually people with stellar credit and collateral.

The irony in the current market is that landlords “are giving it away,” Kestenbaum said, noting they are desperate to stem the tide of vacancies, especially in shopping malls.

“But I think all is going to work out to the good in the end,” Kestenbaum said. “Yeah, credit is tight, but the SBA is still writing loans, landlords are giving breaks we haven’t seen in a lifetime, and guess what? Gasoline is under $100 a barrel.

“In the midst of all of this, commodity prices are pulling back. So my crystal ball tells me to advise my clients to be aggressive. I think we’re going to be out of this thing by the second quarter of next year.”