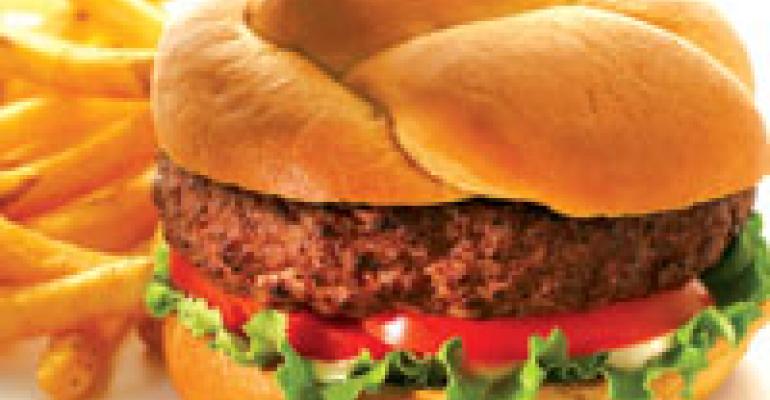 Even as more casual-dining chains dress up their restaurants and menus to lure greater numbers of affluent customers, votes are still out as to whether the strategy works.

While such chains as Ruby Tuesday, O’Charley’s, The Cheesecake Factory and Red Lobster remain committed to broadening their appeal beyond the lower-income guests that have been adversely affected by high gas prices and the subprime-mortgage crisis, some upscaling casual-dining operators still suffer from the slowed sales that have plagued the segment for the past few years despite efforts to do upgrades.

Sandy Beall, the company’s chief executive, said officials had underestimated the impact of cost pressures from escalated gas prices and interest rates on middle-income Americans—core bar-and-grill users. In response, the company has adjusted its “promotion, value and advertising equation” for the rest of the year, he said.

Nonetheless, plans to upgrade the chain’s image are moving forward. In addition to more upscale menu offerings, Ruby Tuesday, which has 680 company-operated units and 253 franchised locations, is remodeling both the interiors and exteriors of its units. Upgrades to all company-owned units are expected to be finished by March 2008. Company officials said renovated units tend to outperform older units, although they would not elaborate.

“We set out to invest in having higher-quality food and great looking buildings,” said Rick Johnson, a spokesman for Ruby Tuesday. “As the market discovers that, in all likelihood, higher household incomes might come more.”

The chain’s customer base has an annual income of less than $75,000, Johnson said, but that number is expected to shift upward as the more affluent market recognizes the brand’s repositioning.

“We believe there is a tremendous amount of growth in that segment,” Johnson said. “There are a lot of economic pressures on customers, but those pressures are less likely to impact those with higher incomes, so [that] is more likely the customer with the broadest appeal.”

Johnson emphasized, however, that the chain does not intend to alienate lower-income consumers. While the company has added such upscale offerings as crab cakes, salmon and sirloin, hamburgers still account for more than a third of total food sales, and nearly half of all guests visit the salad bar, either for their entrées or as an add-on. Burgers are priced from $7.49, and patrons who order entrées can visit the salad bar for an additional $2.99.

Nashville, Tenn.-based O’Charley’s also has added to its menu steak, crab cakes and calamari and is phasing out its Kids Eat Free program as well as other discounting and couponing. So far, the company has seen checks of $8 and less fall to 34 percent of total checks, down from 41 percent. Meanwhile, checks of $14 and above have increased to 23 percent of total checks, up from 19 percent, said Lawrence Hyatt, the 240-unit chain’s chief financial officer.

Consumers are demanding better value, even in the tough economic environment, Hyatt said.

“We have responded by improving the quality of our offerings rather than lowering prices or increasing discounting activity,” he said. “Higher check averages are due to phasing out ‘Kids Eat Free’ and other discounting activities because we found that customers will pay full price for our food. The restaurant business at the end of the day is about execution and implementation, and the market challenges us to implement better, and we believe we are making the right moves.”

Nonetheless, for the second quarter ended July 15, O’Charley’s posted a net loss of $1.1 million, versus a year-ago profit of $4.4 million. Excluding $7.6 million in charges and expenses related to the supply chain changes, employee severance and legal costs, earnings in the fiscal 2007 quarter totaled $4.2 million, O’Charley’s reported.

At McCormick & Schmick’s Seafood Restaurants Inc., officials have stated that they will no longer work to win back the lower-income, or “aspirational,” guest that has defected because of economic pressures, leading to weak traffic in September.

Last month, the Portland, Ore.-based chain of 72 units cut third-quarter expectations by as much as one-third because of fewer visits from aspirational guests.

“Rather than chase the aspirational consumer down the restaurant value chain, McCormick & Schmick’s is focusing on attracting the business and higher-end consumer through national advertising and higher-priced promotions,” Matthew DiFrisco of Thomas Weisel Partners said in a report.

DiFrisco estimates that lower-income guests account for 10 percent to 15 percent of sales at individual restaurants. McCormick & Schmick’s will report third-quarter results in November.