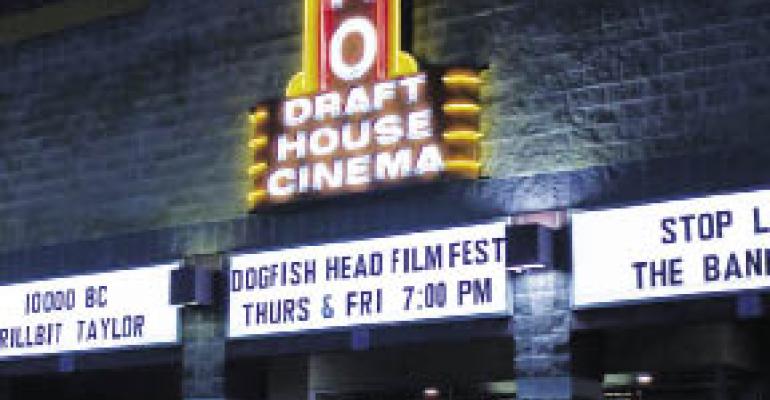 With apologies to the film “Blazing Saddles,” the novelty of receiving a digital badge or fancy title for repeatedly visiting favorite restaurants through location-based media already appears to be wearing thin with customers, forcing operators to rethink how they recognize users.

While badges and titles keep users interested in the game-play aspect of location-based social media, tangible rewards are proving essential in building customer loyalty, and the social-media landscape is evolving to accommodate.

Social media’s pioneer platform, Foursquare, recently announced a pilot program with Safeway grocery stores that links users’ Foursquare accounts to their existing loyalty cards at Safeway, meaning that checking in on Foursquare’s mobile application can unlock deals and loyalty rewards at the grocery store. Facebook, which has more than 500 million users worldwide, last month rolled out its Deals service, where users can get discounts or freebies for checking into certain businesses using the Places feature on their Facebook mobile apps.

“This is a huge sea change in terms of the way location-based services are going to hit critical mass fast,” Bradford said. “Three million people are already checking in with Places, even before [the launch of] Deals, and about one-third of Facebook’s users use the mobile app.”

Though Foursquare’s test of a synced-up loyalty program could be a method by which restaurants replace stamped or swiped loyalty cards — and by which Foursquare monetizes its business model — brands don’t need to wait for that development to be completed. Several already have begun programs where a certain number of check-ins yields a free or discounted item.

Dunkin’ Donuts, for example, is testing a program in 234 central Florida locations where customers receive a free doughnut on their sixth Foursquare check-in to the same unit. The users need only show their smartphones to the cashier when they unlock the free doughnut, and a promo code at the point-of-sale system completes the transaction.

“If we give away a dozen doughnuts per location per month, it’s certainly a success,” said Dunkin’ spokesman Toby Srebnik of Boca Raton, Fla.-based Tilson Communications.

Chili’s Grill & Bar awards free chips and salsa for every Foursquare check-in, and Foursquare users can receive a free Bar Food Menu item with a beverage purchase when they check in at any location of McCormick & Schmick’s during happy hour.

CKE Restaurants Inc., parent to the Carl’s Jr. and Hardee’s chains, recognized early on in location-based social media’s infancy that the technique had potential for driving repeat business, said Brad Haley, executive vice president of marketing. So for the past year, as Foursquare and Gowalla were gaining traction and long before Facebook rolled out Deals, CKE and its digital agency, 72andSunny, developed their own location-based mobile app, Happy Star Rewards.

Like the other platforms, Happy Star Rewards allows users to locate the nearest Hardee’s or Carl’s Jr. and check in, but users get more than a point, a badge or the honor of being called the mayor. Instead, when users check in, the mobile-phone screen pulls up the Wheel of Awesome, which users spin to redeem a random reward, from free or discounted food and drinks to third-party prizes from CKE’s promotional partners.

“Foursquare started out just as a fun online and mobile game, and it’s been very successful at that,” Haley said. “But to be successful as a loyalty program, it had to have some tangible reward to incentivize people to increase their visit frequency. Being the mayor probably isn’t enough to change that behavior dramatically.”

The randomness of the Happy Star Rewards prizes — as opposed to a predictable award like a free entrée on the 10th visit — keeps customers engaged, Haley said. Additional spins are awarded at every fourth check-in as well as randomly at other times. There’s also an escalating prize structure, where higher-value freebies aren’t unlocked until a certain threshold of visits is reached.

“It’ll keep the app fresh and the desire to come back to it to find out what’s new and different,” Haley said. “Developing our own location-based rewards system gave us that flexibility.”

Of course, chains need not develop their own apps to make location-based social media pay for them and their customers. The world’s largest social network, 500-million-plus-user Facebook, now has entered the space with Deals.

Tim League, founder and chief executive of 10-unit Alamo Drafthouse, wanted to partner with the new service because it held the potential to reach more people than a location-based platform centered just on attaining points or recognition.

“Foursquare seemed to be built around the mayor concept, and that means there’s really only one or two folks benefiting from a promotion,” League said. “If you’re so far behind the mayor, it’s not a realistic incentive, whereas Facebook Deals is built around the idea that anyone can check in and get something.”

During the first two weeks of November leading up to the release of “Harry Potter and the Deathly Hallows: Part 1,” Alamo offered a free commemorative pint glass to every person who checked in to one of its cinema-restaurants on Facebook Deals, and offered a free screening to whichever location garnered the most visits until all the pint glasses were given away.

League anticipated more Facebook Deals for Alamo going forward, since his customers spend so much of their time on Facebook. Deals could act as a loyalty program pretty easily since customers who would think twice about carrying a punch card probably would never lose their smartphones, he noted.

“What Facebook Places has done is look at the concept of a loyalty card using tools that you use already,” League said. “Facebook is a big part of people’s regular lives and a cool way to think of loyalty incentives instead of as a card in your wallet. It integrates pretty seamlessly.”

McDonald’s and Starbucks also were among the first restaurant brands to partner with Facebook Deals, and rather than offer customers a freebie, they made a charitable donation every time one of their locations garnered a check-in on Facebook. McDonald’s gave $1 per check-in to Ronald McDonald House Charities, and Starbucks donated $1 to Conservation International.

Anja Carroll, director of media for McDonald’s USA, said working with Facebook Deals grows the pie for location-based social media rather than pitting Facebook against Foursquare or other platforms.

“We see it as a complement,” Carroll said. “It’s yet another way we can engage with our customers where they live, work and play.”