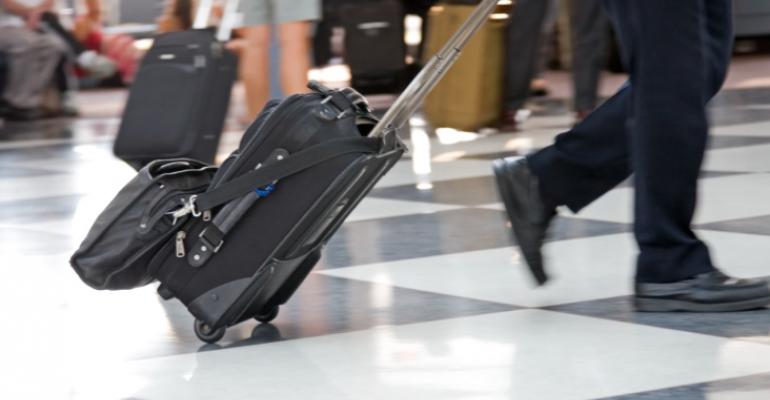 The return of business travel and expense account dining bolstered sales and traffic at Morton’s in 2010, though the company told analysts it took several price increases to offset higher commodity costs.

Morton’s maintained the positive sales momentum that began in December 2009 throughout 2010, thanks in large part to a rebound in business travel and convention attendance that drove weekday traffic, chief executive Chris Artinian said in a conference call Thursday to discuss fourth quarter results.

“Throughout last year and continuing to show positive is travel being up,” Artinian said. “It’s in perfect alignment with our business. So as that continues to improve we’re optimistic that we’ll be able to continue to improve with it. With those stats forecasting positive for 2011, we’re encouraged for this year.”

Same-store sales have increased around 5 percent year-to-date in 2011, he said, adding that that February same-store sales were trending in the high single digits.

Traffic and average check have been trending up for Morton’s, with the menu price increases accounting for much of the recent gains in same-store sales, DiNella said. The company expects guest counts to keep rebounding as business travel and convention attendance grows in markets like Orlando, Fla., and New Orleans.

“We’ve guided fairly modestly,” he said. “We’re not seeing any negative effect of the price increases. So we talked about 5 percent to 6 percent for pricing, it means fairly modest traffic increases, but we feel comfortable with it. Any upside we’ll see in certain markets, the convention markets to be sure, and international.”

Food and beverage costs increased on a blended basis about 7 percent to 9 percent in 2010, driven by double-digit hikes in the price of beef. The price increases largely cancelled out those higher costs, DiNella said.

“The goal is really to offset dollar for dollar,” he said. “Obviously we have some modest other inflation, maybe rent increases or what have you, so there might be some minor escalation in cost of sales, but I think that’s more than offset.”

Morton’s has no sense yet on when it can contract for commodities given the current high market risk. Overall, commodity inflation is projected to be in the high single digits for 2011, with beef up at least 10 percent, DiNella said.

While Morton’s is opening only one restaurant this year in Dallas, the company expects to ramp up growth in 2012.

“The mantra this year in 2011 will be about getting leases signed in anticipation of opening for 2012,” Artinian said.

Domestically, the chain has capacity for more units in the Northeast and West Coast, he said, and Morton’s will plan expansion in the major cities while relocating some older restaurants. Internationally, “we’ve narrowed it down to China and Asia at this juncture,” Artinian said.

Artinian said Morton’s would remodel two additional restaurants this year to include the Bar 12-21 concept and relocate several older units to better real estate sites, as they did with the recently reopened restaurant in Uptown Dallas. Locations retrofitted with the Bar 12-21 concept have increased annual revenues between $200,000 and $300,000, he said, adding that 51 steakhouses now have the upgraded bar.

Around 28 percent of Morton’s revenue is derived from wine and spirits, Artinian said.

He added that private dining would be another key point of focus.

“We believe our boardrooms are a major competitive advantage for Morton’s and are an integral part of our longer-term strategy,” Artinian said, adding that private-dining sales rose 14 percent in December.

Newer restaurants are continuing to outperform the older base of units thank to upgrades like the private boardrooms and Bar 12-21, he said.

“During 2010, Morton’s steakhouses opened in 2005 to 2009, on average, generated revenues approximately 13 percent higher than restaurants opened prior to that period,” Artinian said. “These restaurants occupy much more prominent real estate and all include Bar 12-21, and bar sales as a percentage continue to grow.”