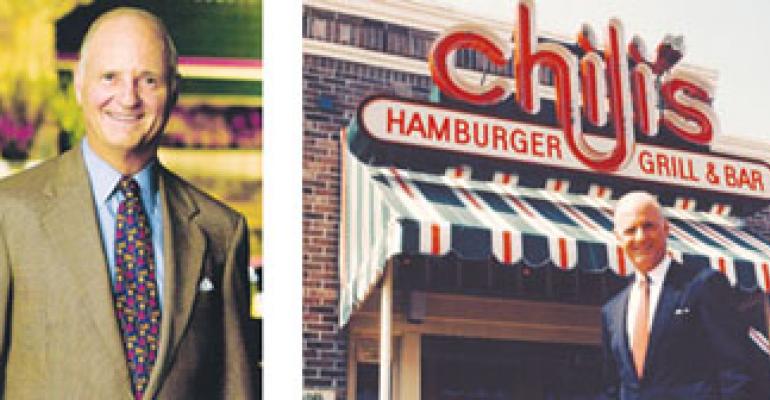 Norman Brinker, the creator of such groundbreaking casual-dining chains as Steak & Ale and Bennigan’s, forever altered the way Americans eat and the culture of the restaurants they patronize.

From humble beginnings in rural New Mexico, Brinker created a restaurant empire through astute timing, keen observation, dogged perseverance, uncanny generosity and an extraordinary ability to recognize and kindle a passion for the industry in talented people.

The chairman emeritus of Brinker International Inc. overcame a catastrophic 1993 polo injury and throat cancer but died June 9 of pneumonia complications while vacationing in Colorado Springs, Colo. He was 78.

“He was a guy who built all these restaurants and restaurant companies, but I think his legacy will be more about the people that he touched,” said Douglas H. Brooks, chairman of Brinker International in Dallas, the now 1,700-unit company that Brinker grew from his 1983 investment in the 28-unit Chili’s Grill & Bar.

A crowd of 2,000 colleagues, devotees, family and friends celebrated his life during a June 15 memorial service in Dallas.

During his eulogy, Ross Perot Sr., Dallas businessman and close friend of Brinker since 1966, led the attendees in three cheers of “Hip, hip hooray” and said Brinker “lived the Texas cowboy phrase ‘You can’t lick a man who won’t give up.’”

He added, “Norm was a great business leader. He got everyone to reach for the stars.”

Brooks said Brinker “had this amazing ability to be a successful businessman, but because he was an athlete he wanted to win. Being successful was important, but his personality was aggressive. The other side of him was this sweet, wonderful, caring human being. He was the best I ever knew [at] balancing both of those within the same body.”

Brinker was born June 3, 1931, the only child of Kathryn and Gene Brinker. His entrepreneurial spirit blossomed early. When he was in his teens, he started a rabbit-breeding business and then took over a large paper route to help pay for the things that his family couldn’t afford, including a horse, which started his lifelong equestrian passion. After graduating from high school in Roswell, N.M., Brinker paid his own way through the New Mexico Military Institute, entered the U.S. Navy in 1952 and eventually won a berth on the U.S. International Equestrian Jumping Team.

Two years later, he joined the U.S. Modern Pentathlon Team and competed in the world championships in Budapest, Hungary.

Discharged from the Navy in 1954, Brinker enrolled in the marketing program at San Diego State University and worked his way through college by selling cutlery door-to-door and managing a clothing import business that he started. He graduated with honors in 1957, and was taken by the entrepreneurial methods of Robert Peterson, founder of Jack in the Box. He worked for the then-seven-unit chain, then left to start his own Brink’s restaurant and, in 1966, Steak & Ale in Dallas, offering consumers a dining option between fast food and fine dining and introducing the concept of the salad bar.

When he created the first Steak & Ale, Brinker recalled in a 2007 interview, “There were just a handful of restaurants in Dallas. I created it to appeal to a broad base. I wanted the waiters and waitresses to have fun. I also put in the salad bar for two reasons: one, it provided customers with something to do while they waited for their orders and, two, the salad bar was open to the kitchen so you could see your steaks being cooked. These were big, big steaks. By the time the guest got back to the table, they were really keyed up for a great experience.” Steak & Ale went public in 1971 with 28 units.

In 1976, Steak & Ale, then with 109 restaurants, merged with The Pillsbury Co. and Brinker became an executive vice president and board member of Pillsbury. He also was instrumental in developing the Bennigan’s concept.

He left Pillsbury in 1983 to invest in Chili’s. The company’s name was changed to Brinker International Inc. in 1991, and now includes the Chili’s, On The Border Mexican Grill & Cantina and Maggiano’s Little Italy brands.

Brooks said Brinker’s success was based on integrity and honor. “He was respected as much by the people who worked for him as the people who competed against him. He treated everyone with respect, from the dishwasher on up. He understood how the little things turned into the big things.”

A polo accident in January 1993 left Brinker in a coma for three weeks, but he recovered to return to work on May 1 of that year. He retired from Brinker International in 2001, but retained the title of chairman emeritus.

“Norman had passion for people and their success above all,” said Wallace B. Doolin, chairman and founder of BlackBoxIntelligence in Dallas. “It was my first exposure to the practice of investing in hiring great people, giving them the development they deserve and the freedom to do their job. He was fully confident that great things would happen for the guest and shareholders utilizing this formula. And his track record of success validates the principles.”

Brinker set up hospitality institutes at Southern Methodist University and San Diego State University. He was instrumental in creating the breast-cancer fundraising organization now known as the Susan G. Komen for the Cure in Dallas. Hala Moddelmog, the group’s president and chief executive, said: “In the restaurant world, Norman was a legend, known for world-class leadership and courageous innovation.… Norman had the ability to see very large and complex issues with great clarity, and had a passion for setting people on the path to accomplish seemingly impossible but great things.”

Jim Doherty, a former publisher of Nation’s Restaurant News, said: “What I admired and enjoyed most about Norm was his curiosity and interest in every facet of the restaurant business. He was ‘Norm of a Thousand Questions.’… He always challenged your thinking and the facts. His bandwidth of thinking was awesome.”

Tom Larranaga, publisher of NRN, said, “Norman was a teacher who inspired everyone he touched, and he did it with strong personal values and principles. That is a beautiful thing in business, and our industry will be forever enriched because of Norman Brinker.”

Brinker received numerous awards throughout his career, including one from the Horatio Alger Association and two from NRN: the Operator of the Year honor in 1982 and the Pioneer Award in 1992.

Brinker said the best skill a leader can possess is to hear what others say. “Listening is the No. 1 skill,” he said. “People want to know you are paying attention to them, and they want to be involved. You also must have a vision of where you want to go. You must know clearly where you want to go so everyone sees that road.”— [email protected]