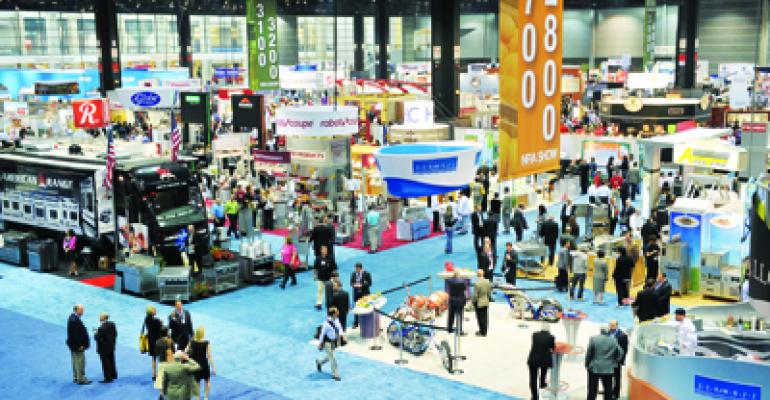 Editor's Note: The story below has been updated to include an additional quote from an NRA spokesman regarding the date and location of the 2012 NRA Show.

National Restaurant Association officials said their plans for the 2012 annual Restaurant, Hotel-Motel Show are unchanged even as reports circulate that Chicago officials are asking the trade group to shift the dates so the event does not conflict with the planned NATO/G8 Summit in May.

The NRA Show is scheduled to be held at McCormick Place May 19-22, 2012, while the Summit will take place May 15-22. Crain’s Chicago Business, which reported that officials believe the city of Chicago would be unable to accommodate both giant events concurrently, also said the NRA may be looking to move the show to another location.

“Our goal is to hold the NRA Show May 19-22 at Chicago's McCormick Place,” said Brian Hoyt, vice president of public relations for the NRA. “We have no new information available at this time.”

The NRA said its 2011 event drew 58,000 registrants. The NATO/G8 is expected to attract more than 10,000 visitors as well as President Barack Obama.

The NRA, however, reached an accord with Chicago convention officials and agreed to keep the show there.

At the time, the Chicago Convention and Tourism Bureau estimated that the show generated about $110 million in direct spending to the city in 2004.

Chicago has been home to the NRA Show since 1950.