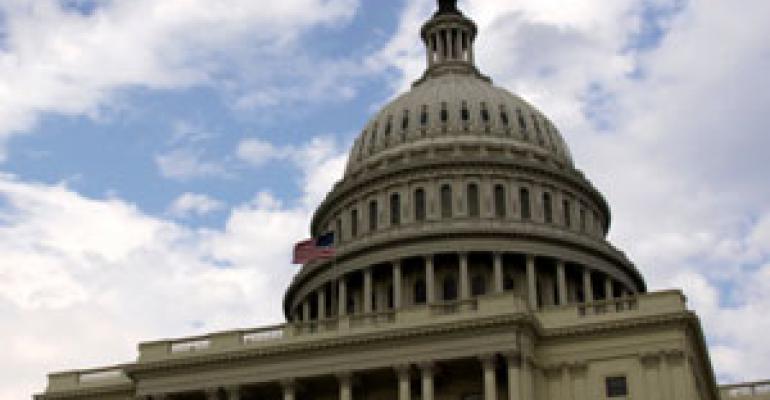 In a bipartisan effort, the Senate on Tuesday passed The Comprehensive 1099 Taxpayer Protection and Repayment of Exchange Subsidy Overpayments Act of 2011 — which repeals the 1099 provision by a vote of 87 to 12. The House had repealed it earlier this year by a vote of 314 to 112.

The bill now will be sent to President Obama for his signature. Obama had said he favored repeal, acknowledging after the November elections that the new 1099 requirements might be “counterproductive” and “burdensome,” especially to small businesses.

The provision had required that businesses fill out a 1099 form for every noncredit card business expense over $600 for all types of vendors, which critics say would create a paperwork burden for operators and other businesses.

Earlier this year, Mark Eagleton, owner of the Egg & I franchise unit in Arvada, Colo., testified before the House Committee on Small Business that “providing 1099s for essentially all business-to-business transactions may be a simple edict, but it could put me out of business.”

The 1099 provision was included in last year’s health care law as a means to help pay for the reform package by enabling the Internal Revenue Service to track more money owed in taxes. It was projected to raise more than $17 billion over 10 years.

“Today’s vote is a victory for thousands of restaurant operators and small business owners who do not have large administrative staffs to handle recordkeeping and reporting responsibilities,” said Scott DeFife, executive vice president of Policy and Government Affairs for the National Restaurant Association. “This action will help the industry continue to devote resources into job creation rather than the burdensome 1099 requirement that was enacted last year.”

“We applaud Congress for taking a positive first step toward removing the excessive cost burdens and uncertainties imposed on franchise small businesses as a result of the healthcare law,” said Steve Caldeira, president and chief executive of the International Franchise Association. “We hope lawmakers will continue to push for pro-growth policies that enable our members to grow their businesses and create local jobs.”

Rob Green, the recently appointed executive director of the National Council of Chain Restaurants said the association was “very pleased that Congress finally cleared the repeal. This bipartisan vote has been long overdue. We look at 1099 as being a significant issue, and one that should have been done more quickly. dBut the process worked and it has finally cleared Congress.”

The measure was sponsored by Sens. Mike Johanns, R-Neb., and Joe Manchin, D-W.V.

The NRA, IFA and NCCR had been active in bringing about the repeal of the 1099 provision.

CORRECTION: The headline of an earlier version of this story incorrectly stated that the 1099 tax-reporting requirement had been appealed. The provision in fact was repealed Tuesday by the Senate.