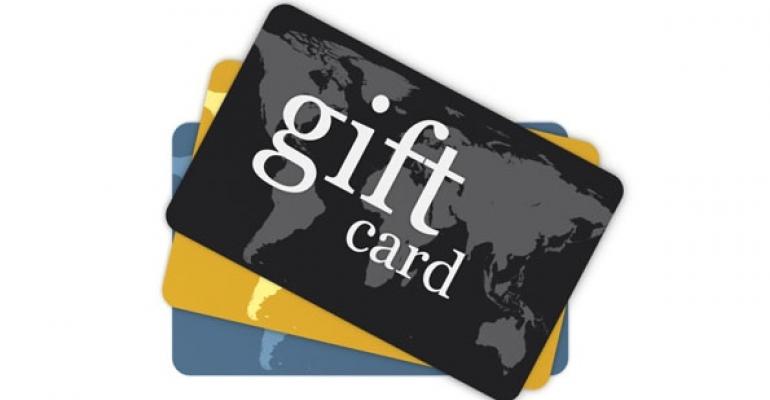 Consumers are increasingly looking to restaurant gift cards for holiday giving, with several brands in particular climbing up the wish-list ladder, according to a recent survey.

Cards from Darden Restaurants Inc., parent to the Red Lobster, Olive Garden and LongHorn Steakhouse chains, ranked No. 2 in the sixth annual survey of most-desired gift cards by GiftCardRescue, a Baltimore-based card-exchange company.

Cards from Starbucks, Subway, McDonald’s and Panera Bread moved up or onto the ranking of the Top 20 survey, conducted between Jan. 1 and Nov. 25. Panera Bread made the list for the first time, at No. 17.

“During the recession people were spending a majority of their money on necessities, so we saw Walmart and Target gift cards move up the list during that time,” Kwame Kuadey, chief executive of GiftCardRescue, wrote in an email. “Since the economy is improving, people have more discretionary funds to spend on eating out. That's why we think restaurants are moving up the Top 20 list.”

“We think that with the economy on the upswing, people want their friends and family to share experiences, and giving a restaurant gift card is a great way to do just that," Kuadey added.

According to the National Retail Federation’s 2013 gift-card spending survey, more than 80 percent of shoppers plan to purchase at least one gift card this holiday season, a 4-percent increase from 2012.

The average shopper is forecast to spend nearly $165 on gift cards this year, versus $157 last year. Total gift card spending is expected to reach $29.8 billion this holiday season.