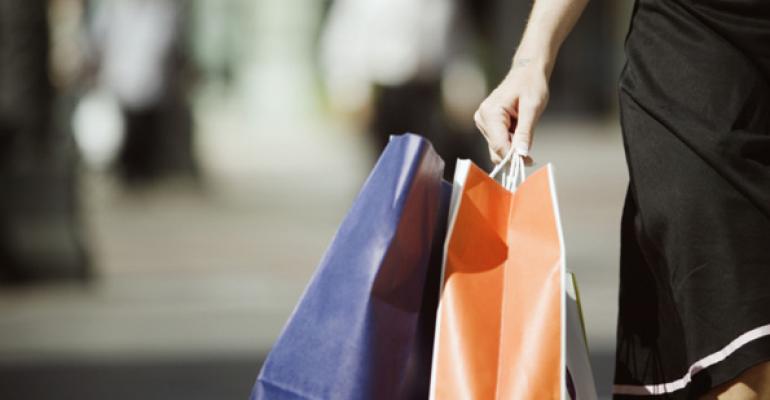 Foodservice chains are staffing up to manage the expected holiday rush.

Retailers, including restaurants, expect to grow sales during the shopping season this year, but with six fewer days between Thanksgiving and Christmas compared with 2012, foodservice operators are planning to manage through a more hectic holiday.

New research from the National Restaurant Association estimated that 46 million Americans would dine out around shopping trips on Nov. 28 and 29, as annual deals for “Black Friday” would spread this year to Thanksgiving Day, when several major retailers like Walmart and Macy’s plan to open at 6 p.m. and 8 p.m., respectively.

“More customers will visit restaurants during post-Thanksgiving shopping trips, providing a boost to restaurants located in or near shopping malls and centers,” said Hudson Riehle, senior vice president of the NRA’s Research and Knowledge Group.

In addition, Thanksgiving Day’s online spending is expected to grow 21 percent, reflecting the decision of many retailers and malls to turn the holiday into another milestone shopping day this year. That’s according to a recent “Adobe Digital Index” report from software giant Adobe, which analyzes billions of visits to retail websites to predict spending patterns.

Adobe’s report noted that aggressive offers and deals at many major shopping centers before Thanksgiving would cause further holiday creep.

Preparing for the rush

Restaurant brands, particularly ones reliant on foot traffic at malls and other high-volume shopping centers, recognize the challenges presented by a shopping season with only 27 days between Thanksgiving on Nov. 28 and Christmas Day. But leaders for those chains, such as soft-pretzel specialist Auntie Anne’s or Cinnabon, said their priority would be to focus on what they can control.

“Approximately 25 percent of our sales occur in the last two months of the year, so that’s what we’ll be measuring,” said Bill Dunn, president and chief operating officer of Lancaster, Pa.-based Auntie Anne’s. “Shopping hours are getting longer and longer. Three years ago the holiday season started at midnight on Black Friday, last year it was 10 o’clock on Thanksgiving, and this year it will be 8 o’clock.”

With the advent of Thanksgiving as a nationwide shopping day, Auntie Anne’s franchisees expect to add labor hours to staff up for the busy season, Dunn said.

“But the most important thing is to make sure that we’re hiring A-plus players that will enhance the guest experience,” he said. “We want to make sure we’re quick and efficient based on the pace of how things are moving in our malls and shopping centers.”

Bill Gellert, a franchisee with four Cinnabon locations in major malls in the New York metro area, might not like shopping hours starting earlier on Thanksgiving Day — “I’m not a fan of it, but I have to strike when people are there,” he said — but he did recognize one benefit of a shorter shopping season.

“It takes some of the lull out of what you typically see in this period,” he said. “Where e-commerce has increased, you get big peaks of sales on Black Friday and Cyber Monday, with a quiet period until people get panicked closer to Christmas Eve and go for the next round of deals. This should even some of that out.”

Gellert, whose four Cinnabon units are located in New York City’s Penn Station and major malls on Long Island, said one benefit of the timing of Christmas this year is that the holiday falls on a Wednesday, “which is about perfect.”

“We’re likely to get four days of a huge push Dec. 21-24,” he said. “One way the calendar will help us is that Monday and Tuesday should be very strong days. It should alleviate some of the lost and traded-out shopping days.”

The “wild card,” Gellert added, is the weather, because if a big snowstorm in the Northeast depresses traffic on a holiday season with six fewer shopping days, it could be very hard to make up those lost sales.

“If you lose any shopping days, that hurts us as restaurants because we’re an impulse purchase,” he said. “…. Two years ago we had a mild winter, and we had an amazing Christmas season.”

Auntie Anne’s COO Dunn agreed that any positive calendar shift could be undone by a day of severe winter weather.

“When does that bad weather fall during the week?” he said. “If it’s on a weekend, that’s very concerning, but if it’s during the middle of the week, not so much.”

He added that Auntie Anne’s corporate staff will be working extra hours this holiday season as well to be on call, supporting franchisee partners on a special helpline for operations challenges. The chain has more than 1,400 locations worldwide.

Even restaurant chains not necessarily located in high-foot-traffic malls have found ways to capitalize on heightened holiday shopping. Lakewood, Colo.-based Einstein Noah Restaurant Group, for instance, is promoting a Black Friday catering special for businesses to feed their workers for $1 per person at breakfast or $4 per person at lunch on their busiest day of the year.

The company’s Einstein Bros. Bagel’s and Noah’s New York Bagels chains will open as early as 12 a.m. on Black Friday in some locations to offer the catering special, which requires a minimum order of 30 people. The Bagel and Shmear Nosh Box of 24 bagels and four tubs of signature shmear will sell for $24, and a 96-ounce box of coffee will sell for $10.

“Everyone knows Black Friday is the kickoff to holiday shopping and a time for customers to receive great deals on holiday items,” chief concept officer Glenn Lunde said in a statement, “but we think it is just as important to create a promotion that rewards the hard-working employees across the country who devote many hours on the job serving shoppers on one of the busiest shopping days of the year.”

Last In Concepts, a Baton Rouge, La.-based multiconcept operator of 10 casual-dining restaurants, also will seek to reward early shoppers on Black Friday and Cyber Monday with discounts on the company’s gift cards.

From 12 a.m. to 11 a.m. on Black Friday, shoppers who stop in to any of Last In Concepts’ restaurants like Walk-On’s or Schlittz & Giggles will receive 50 percent off their bill for gift cards. From 11 a.m. till closing, the discount on gift card purchases will be 25 percent.

For every $50 in gift cards purchased online on Cyber Monday, Last In Concepts will reward the purchaser with a $20 Holiday Bonus card to be used during January 2014.

“Our customers have told us they love giving out our gift cards as Christmas presents and as customer and employee incentives,” Brandon Landry, co-founder and owner of Last In Concepts, said in a statement. “Everyone appreciates the great deals we offer on Black Friday, and Cyber Monday shoppers like using the bonus cards as stocking stuffers or as a gift to themselves.”