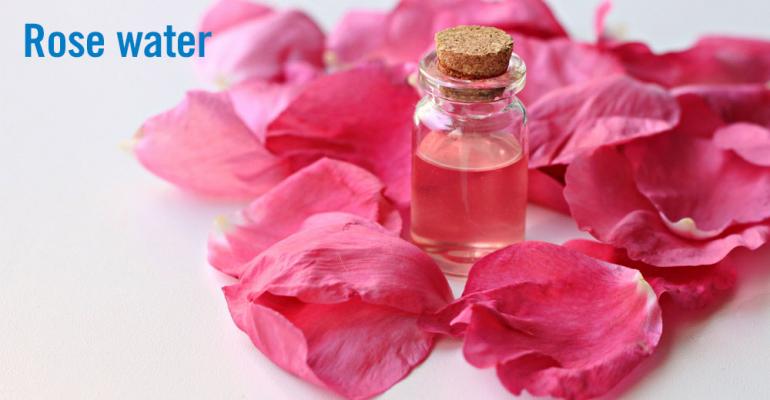 Rose water is made by steeping rose petals in water, a practice that probably originated in the Middle East. The premium ingredient is most often used as a flavoring agent, particularly for sweets like marshmallows, nougat or baklava. It is a traditional ingredient in some Middle Eastern and South Asian desserts and its presence on menus in the United States has grown by 60 percent over the past four years. Awareness of rose water is highest among Generation Z (aged 14 to 21), particularly females.