Dunkin’ is largest coffee-and-doughnut chain in the U.S. Formerly operated by the publicly traded Dunkin’ Brands Group Inc., along with sister brand Baskin-Robbins, Dunkin’ was acquired in December 2020 by Inspire Brands in an $11.3 billion deal that was the largest in restaurant industry history at the time. Today, Dunkin’ has more than 11,300 locations worldwide, including more than 8,500 restaurants in 41 states in the U.S. and 3,200 international units in 36 countries.

The brand was founded in 1948 by Bill Rosenberg as a coffee and doughnut shop in Quincy, Mass., initially named Open Kettle. It was renamed Dunkin’ Donuts in 1950, and the brand began franchising five years later. In the 1970s, Dunkin’ Donuts was known for its iconic Munchkins doughnut hole snacks. By the 2000s, the chain’s coffee grew in popularity as a less-bold alternative to Starbucks dark-roast coffees. Dunkin’ Brands went public with an initial public offering in 2011.

Dunkin’ Donuts grew its beverage menu with iced coffees, Coolatta frozen drinks and smoothies, as well as its all-day menu of breakfast sandwiches. In 2018, Dunkin’ Brands dropped the “Donut” from the chain’s name in a rebranding to represent the move into beverages and snacks. 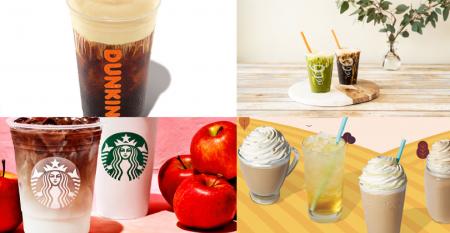