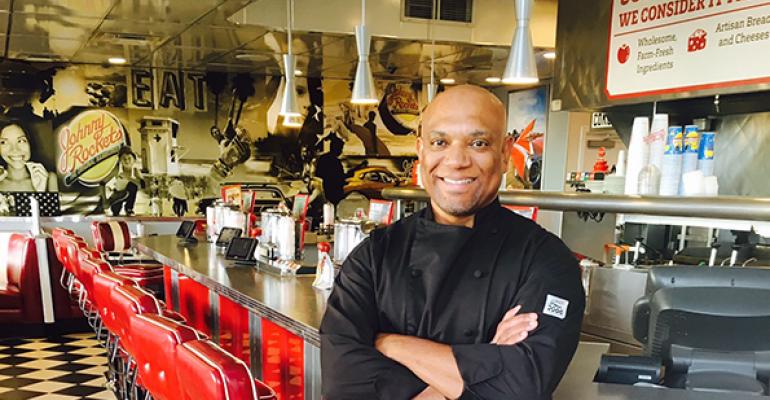 Johnny Rockets has appointed Calvin Harris to the newly created position of director of culinary innovation, the company said Tuesday.

Harris’ responsibilities include recipe and product development, testing and implementation.

Johnny Rockets created the position in response to consumer demand for a more innovative menu, the company said in a release.

Harris graduated from the Culinary Institute of America in Hyde Park, N.Y. He has previously worked in culinary development at Burger King, Arby’s and TGI Fridays. Most recently, he founded food manufacturing and distributing companies including Harris Food Company and Benevida Foods.

“We listen closely to our guests, and Calvin is a progressive chef who we have charged with responding to their requests by bringing even more quality, ingredient-inspired options to the Johnny Rockets menu,” chief marketing officer Joel Bulger said in the release. “We have prioritized making our approach to guest interaction more engaging in 2016, and Calvin will lead us in developing more limited-time menu offerings based on emerging trends and consumer flavor preferences.”

Previously, he was vice president of franchise operations for Asia at quick-service pizza concept Sbarro. In that position he developed supply chain and training systems for the region, increasing growth by more than 40 percent, according to Johnny Rockets. He previously worked at Subway, Domino’s Pizza and Little Caesars Pizza.

Aliso Viejo, Calif.-based Johnny Rockets is a 340-unit casual-dining burger chain that operates restaurants in 26 countries. In 2013, it was acquired by an affiliate of private-equity firm Sun Capital Partners Inc.