Chefs on the Move: Hotels opening next year announce who will be running their kitchens 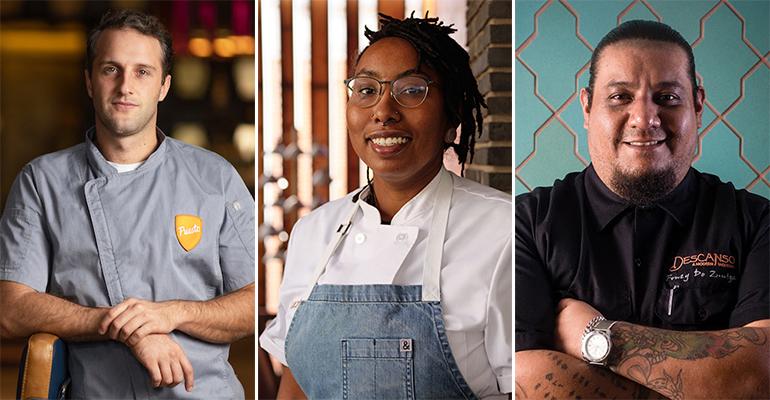 As the country in general and the hospitality industry in particular continue to struggle during the coronavirus pandemic, plans to open new hotels are still underway, and the Pendry West Hollywood; the Hotel Drover in Fort Worth, Texas; the Four Seasons Hotel & Private Residences New Orleans; and Alila Marea Beach Resort Encinitas, in Encinitas, Calif., have all announced who will be in charge of their foodservice when they open next year.

The newly opened Kimpton Cottonwood Hotel in Omaha, Neb., managed by Pivot Hotels & Resorts, also has named its chef, and the High Hampton Resort in Cashiers, N.C., which is slated to reopen in the spring, has named a whole new culinary leadership team. The Sanctuary on Camelback Resort & Spa in Scottsdale, Ariz., has a new chef de cuisine, and The Tides Inn in Irvington, Va., has a new executive chef who is also food & beverage director.

Uchi and Uchibā in Dallas have a new chef de cuisine and executive sous chef and Harvest, the culinary landmark in Cambridge, Mass., welcomes back a cook who got his start there as its new executive chef.

Sister restaurants Bouillon Marseille (formerly known as Marseille), Nice Matin and Nizza, all in New York City, each have new chefs, and so does Hortus, which is unrelated but also in New York.

Nate Appleman has joined forces with Brian Malarkey in San Diego. Stephen Gillanders is splitting his time between his current restaurant, S.K.Y., and Somerset at the Viceroy hotel in Chicago.

In Washington, D.C., Ghostline, a multi-restaurant “chef collection,” has a new culinary operations director, San Diego-based Puesto Mexican Artisan Kitchen & Bar has a new executive research & development chef, Oniro Taverna & Lounge in Woodbury, N.Y., has put a Greek seafood expert at the helm of its kitchen, and Descanso in Costa Mesa, Calif., has promoted its sous chef to executive chef.