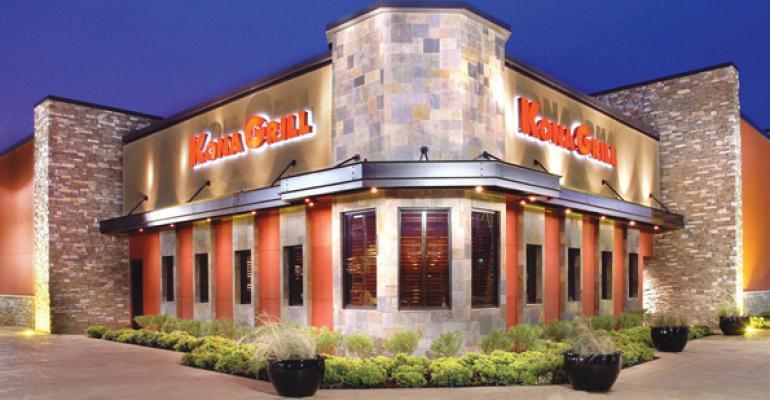 The parent to the STK and Kona Grill chains has reopened 11 restaurant dining rooms, following social distancing and other guidelines, with another five to return to dine-in service on Monday, officials with The One Group Hospitality Inc. said while reporting first-quarter results.

An additional five to 10 restaurants are expected to reopen dining rooms over the next two weeks, said Emanuel “Manny” Hilario, The One Group’s president and CEO.

Subsidiaries of The One Group received on May 4 about $18.3 million in forgivable federal Paycheck Protection Program loans, which the company planned to use to help bring back its workforce, officials said.

The Treasury Department has said public companies would be unlikely to be able to certify that funding couldn’t be found by other means, but The One Group said the PPP loans were necessary to support ongoing operations.

“Because the company is a nano-cap public company with limited public float and trading, it has limited access to equity and debt capital markets compared to other public companies,” the company said in its first-quarter report. One Group also has restrictions under its existing credit facility that limit its ability to borrow, raise equity or take on additional debt, the filing said.

In March, The One Group temporarily closed several restaurants — including units in Las Vegas, Los Angeles, Orlando and Puerto Rico — and shifted operations at 30 locations to takeout and delivery only.

Recently, the company launched STK Meat Market, an ecommerce platform offering choice, prime and wagyu steak cuts for home delivery, along with a home meal kit to recreate the steakhouse vibe, including playlists for live music from the restaurants on www.STKradio.com, and www.KonaGrillradio.com.

Coronavirus has taken a toll during the first quarter, however. Consolidated same-store sales declined 14.1% for the March 31-ended quarter, with March alone accounting for a 55.9% drop after a same-store sales increase of 10% in January and February.

For STK, comparable sales decreased 12.8% for the quarter, which included a 58.1% plummet in March following an increase of 11.4% during the first two months of the year.

Same-store sales at Kona Grill, similarly, decreased 15.5% for the quarter, including a 53.7% decline in March despite an 8.4% increase in January/February.

For the month of April, the company averaged $380,000 in weekly sales for pickup and delivery, which grew sequentially 1.5 times from the first to the last week of the month, the company said.

The company attributed $1.3 million in costs directly related to COVID-19, despite efforts to cut costs, such as “reductions in employees,” suspension of third-party services and deferral of nonessential cash payments including all capital projects.