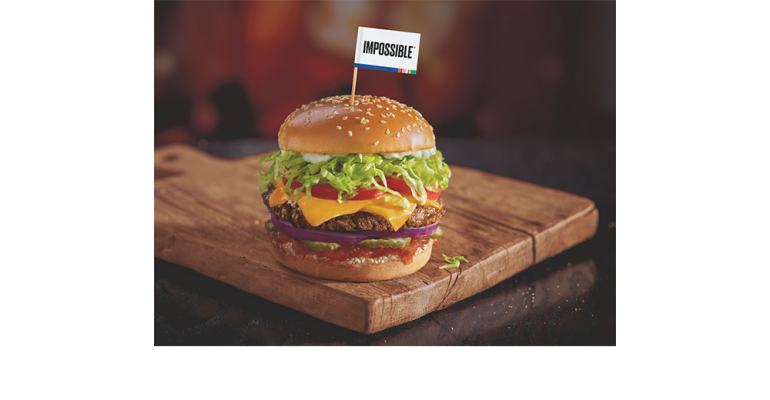 Red Robin Gourmet Burgers and Brews has rolled out the vegan Impossible Burger at its more than 570 restaurants, starting April 1.

The plant-based patty can be ordered in place of a beef patty on any of the casual-dining chain’s burgers for an additional $3.50. Red Robin also is introducing an Impossible Cheeseburger topped with pickle relish, red onions, pickles, lettuce, tomatoes, mayonnaise and choice of cheese for around $13.49 to $14.69, depending on the location, with a side of Bottomless Steak Fries.

Red Robin is the largest chain to roll out the increasingly popular plant-based patty, which was introduced at a variety of chains last year, including 400-unit White Castle.

At the beginning of 2019, Carl’s Jr. introduced a vegan sandwich made with the Beyond Burger at its roughly 1,100 locations. 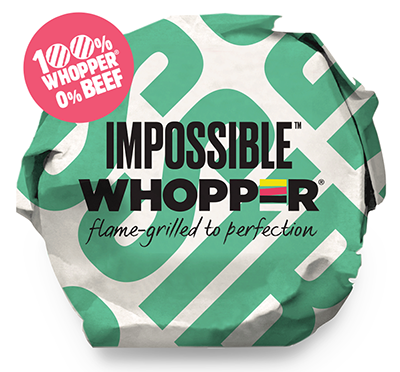 The Impossible Whopper is made with a flame-grilled vegan patty and the same toppings as the traditional Whopper: tomatoes, lettuce, mayonnaise, ketchup, pickles and onions. Like the regular Whopper, it’s served on a toasted sesame seed bun at a suggested price of $5.49.

Burger King is promoting the test with a video of customers swearing that they can’t tell the difference between the Impossible Whopper and the beef one.

Both Red Robin and Burger King are using the latest version of the Impossible Burger which, unlike the previous one, is gluten-free.