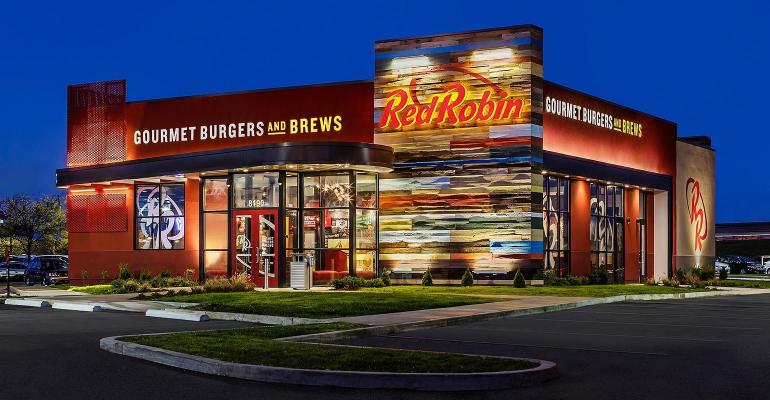 Board chair will step down when permanent CEO is named; company appoints 3 new directors

Red Robin Gourmet Burgers Inc.’s interim CEO and board chair Pattye Moore will retire from both positions when a new CEO is named, the company said Tuesday, and three new independent board members have been named.

The Greenwood Village, Colo.-based casual-dining brand has been under pressure from activist investor Vintage Capital Management LLC, which in July made a formal offer to buy the company for $40 per share. Vintage said it holds an 11.6% stake in the company.

As part of what Red Robin called a “board refresh,” the company said Moore would retire after a CEO transition and board member Stuart Oran had decided not to stand for re-election at the 2020 annual shareholder meeting.

Moore has served as Red Robin's interim CEO since the April retirement of president and CEO Denny Marie Post.

“We are pleased to welcome three highly experienced and seasoned industry veterans as new independent directors on the Red Robin Board,” said Moore in a statement.

“The board has been engaged in a process to identify new directors who would bring additional skills and expertise to enhance Red Robin’s opportunities and success,” she said. “We are confident their experience and expertise will be valuable assets to Red Robin as we execute on our strategic priorities and continue the board's efforts to create value for our shareholders.”

The new directors are: Conforti, who served as executive vice president and chief financial officer for Wyndham Worldwide from 2009 to 2017, and earlier served as CFO for IHOP/Dinequity (now Dine Brands Inc.) from 2002 to 2008; Hart, who was named CEO of Torchy’s Tacos in 2018 and earlier served as CEO of California Pizza Kitchen and as president of Texas Roadhouse Holdings LLC; and Pace, who most recently served as CEO of Jamba Juice Inc. and in leadership roles at Bloomin’ Brands, Starbucks Corp. and Yum! Brands Inc.

Red Robin also noted it is continuing to work with The Elliot Group in its search for a new CEO and “expects to make an announcement in the near-term.”

Red Robin has more than 560 casual dining restaurants in the United States and Canada.