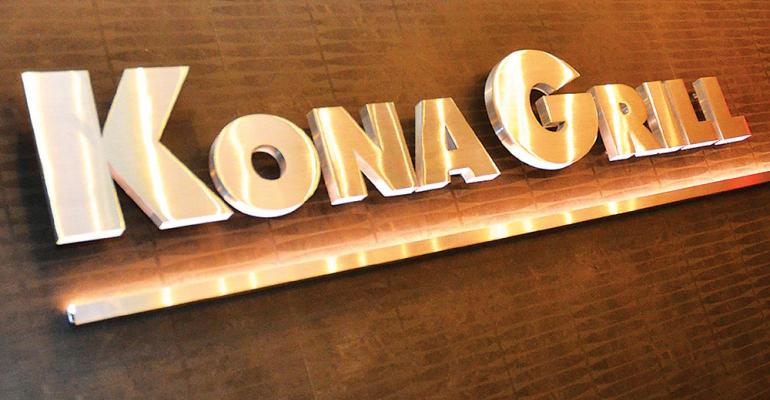 Court to hear agreement to clear lawsuits between brand, ex-CEO

Another obstacle in the prolonged Kona Grill Inc. bankruptcy case will be heard on Friday when a federal judge considers an agreement over counter lawsuits between the company and one of its former CEOs.

Judge Christopher Sontchi of the U.S. Bankruptcy Court for Delaware is scheduled to sign off on the agreement between James Kuhn, who served as CEO for three months last year, and the company so a proposed sale to One Hospitality Group Inc. can proceed to final hearings in early to mid-October.

Kuhn, who served as Kona’s chief operating officer from Dec. 4, 2017, and as CEO from Aug. 9 to Nov. 6 of last year, had sued Kona in January over $191,000 in compensation, vacation and wages in U.S. District Court for Maryland. Kona, in response, had filed a breach-of-fiduciary duty lawsuit against Kuhn in the U.S. District Court for Arizona.

The agreed-upon resolution of those counter claims, considered “nonbankruptcy actions” and filed last week, is to be heard Friday as an uncontested matter in the Wilmington, Del., bankruptcy court.

Scottsdale, Ariz.-based Kona filed for Chapter 11 bankruptcy protection at the end of April with about $74 million in debt. In late July, Houston-based Williston Holding Co., headed by former Kona CEO Marcus Jundt, bid $20.3 million for the grill-sushi chain, but Williston vacated the offer by the end of the month.

Early this month, One Group Hospitality, which owns the STK steakhouse concept, and its subsidiary Kona Grill Acquisition LLC agreed to buy 24 of Kona’s domestic restaurants in 18 states and assume two international franchise licenses for $25 million in cash and the assumption of about $10.8 million in liabilities.

As of June 30, One Group owned, managed or licensed 29 venues, including 19 STK units, in North America, Europe and the Middle East and provided food and beverage services to three hotels and one casino in the United States and Europe.