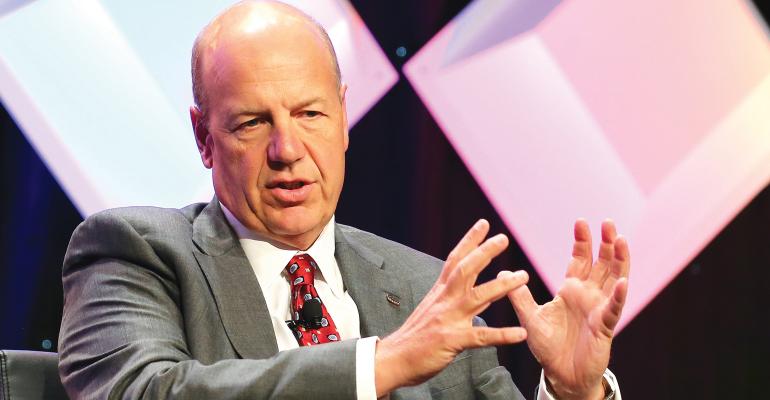 Gene Lee, the retiring Darden Restaurants Inc. CEO who had his last earnings call Thursday with analysts, imparted a few pearls of wisdom about restaurant operations.

Orlando, Fla.-based Darden had named Lee CEO n 2015. Lee came to Darden in 2007 with Olive Garden parent’s purchase of Rare Hospitality International Inc., where he had spent the prior 10 years and was eventually named president.

In December, Darden announced Lee would retire May 29, succeeded by current chief operating officer Ricardo Cardenas as the next CEO.

“This morning marked my 31st and final earnings call in my years leading Darden,” Lee said Thursday. “So all the analysts who support us: Thank you for believing us, our vision and our ability to execute. And for those of you who didn't always believe in us, thank you as well. You motivated me more than you will ever know.”

Lee said he began his journey 45 years ago as a high school student bussing tables.

“I've learned a lot of lessons throughout my career, but two in particular have served as guiding principles for me,” he said.

“First, when it comes to making decisions, you have to make sure both your guests and team members win. When those two critical stakeholders win, it's a good decision,” Lee said.

“Second … the restaurant business is simple, but simple is hard,” he said. “To be successful in the restaurant industry, you must have great people who consistently serve outstanding food and an engaging atmosphere.”

Lee noted, in response to an analyst question, that he believes the consumer is strong, compared to earlier economic turmoil.

“I think the biggest variable going forward that as I think about it, it's different than every other recession or a period that we had a real slowdown is that there's so many open jobs today,” he said. “And when you think about what really causes a recession, it's employment. And as things slow down a little bit, I just don't see companies, especially where the supply chains have been somewhat broken and inventories levels are low, I don't see us getting to a higher — a significantly higher unemployment level anytime in the near term, barring something really happens bad with what's going on overseas.”

He added: “I just think this one is different, because of where employment is.”

Lee said casual-dining restaurants have to continue to strive to operate better.

“I think we got sloppy during COVID,” he said on the call. “We've had to do things to just stay open and get by. We’ve got to get sharp again.

“And I think our teams are doing a great job,” Lee added. “But I think as an industry, we've got to earn the right from the consumer to pay what we're asking them to pay. And we've got to provide a really true full-service environment.”

Lee after May will continue to serve as Darden’s board chair. He was named a Nation’s Restaurant News Golden Chain honoree in 2016. In 2018, he received the Gold Plate Award for industry excellence from the International Foodservice Manufacturers Association (IFMA).