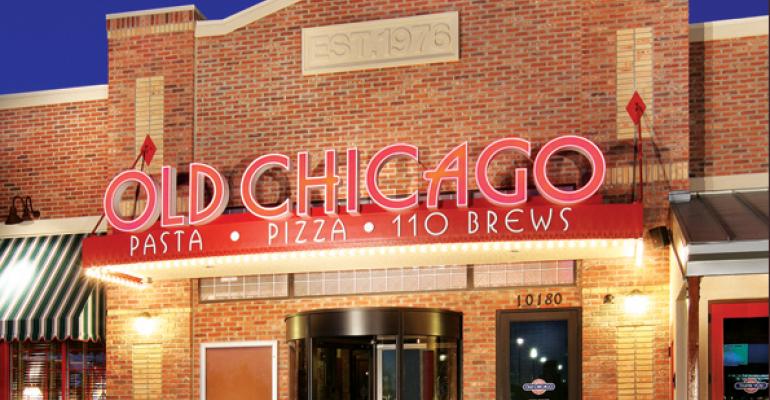 Based in both Denver and Chattanooga, Tenn., CraftWorks is parent to the Old Chicago, Gordon Biersch Brewery Restaurant and Rock Bottom Restaurant & Brewery casual-dining concepts, all known for their emphasis on craft beer. The three brands were brought under one roof in a 2010 acquisition by private-equity firm Centerbridge Partners LP.

Rivera, an industry veteran and past chairman of the National Restaurant Association, will move into the role of chairman of CraftWorks’ board. He served as CraftWorks’ interim CEO since April 2013, replacing Allen Corey, who served as CEO after the merger. Corey, who is no longer with the company, was an original investor in the Gordon Biersch brand. Frank Day, the founder of Rock Bottom, remains on the board.

Kumar most recently served as head of Pearle Vision, an optical retail chain. Prior to that role, he worked for 20 years in the restaurant industry, holding several positions with Dunkin’ Brands Group Inc., including chief brand officer of Baskin-Robbins Worldwide. He also was a franchisee for Baskin-Robbins in the Middle East and was once the largest international licensee for the frozen-treat brand.

“Kumar is focused, results-driven and an innovator,” said Rivera in a statement. “His extensive experience with franchisees is a perfect fit for our business and we’re thrilled to have him at the head of our executive team.”

In an interview with Nation’s Restaurant News, Kumar, whose experience falls primarily in the quick-service segment, said he thought long and hard about stepping into the casual-dining sector, which has seen traffic erode for about a decade, as customers trade down to fast-casual concepts. Still, he said, casual dining has its success stories.

“Brands that are winning are those that are differentiated.” Kumar said.

CraftWorks, with its portfolio of brands that have a rich legacy and history, along with a specialty in craft beer, has an opportunity to stand out, he said.

Ninety-six unit Old Chicago, the largest brand, is known for beer and pizza, and offers a strong value positioning, Kumar said. Brewery concepts Rock Bottom, with 32 units, and Gordon Biersch, with 34 units, have powerful brand names and can better celebrate their brewing mastery.

“The beer category has been flat to declining, but craft beer is seeing double-digit growth,” he said. “If we can catch that tailwind of craft beer, we’re in the right spot.”