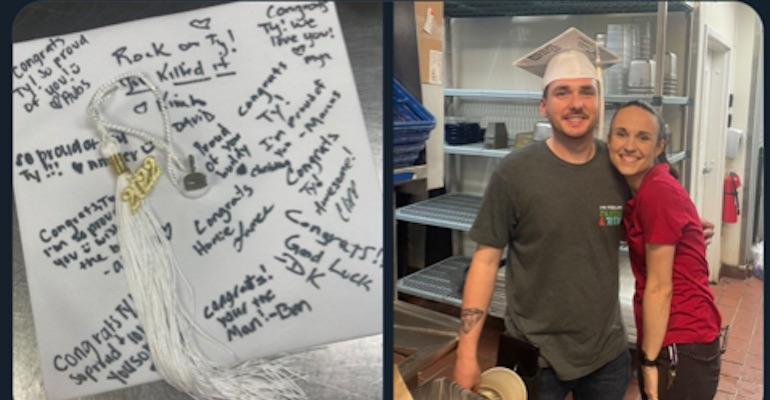 Brinker International Inc., parent to the Chili’s Grill & Bar and Maggiano’s Little Italy casual-dining brands, is expanding educational benefits to one family member of management-level-and-above employees, the company has announced.

The Dallas-based company said “one family member of each management-level-and-above team member can take advantage” of the company’s tuition-free program for general educational development, Spanish, English as a second language and other Best You EDU benefits.

“As we continue to care for our team members and their families, we’re excited to be the first in the casual-dining industry to extend the benefits of our Best You EDU program to family members of Chili’s Grill & Bar and Maggiano’s Little Italy team members and the corporate office,” a company spokesperson said.

To qualify, a team member must be management level or above and have been with Brinker for at least six months. The family member must be a legal spouse, domestic partner or child of the team member, the company said.

Brinker launched the Best You EDU program in 2018; it is open to Chili’s and Maggiano’s employees who have been with the company at least 45 days and average at least 15 hours of work a week, or about 64,500 workers, the company said.  “The new portion offering support to family members is just for management level, so that number is less,” a spokesperson said.

The educational benefit appears to have increased retention, with the spokesperson noting “80% of team members who have participated in Best You EDU in the past year are still with us.” He added that a quarter of managers in the program have since been promoted.

This increase in benefits for eligible family members is in addition to Brinker offering free counseling, life coaching and more from Magellan and PerkSpot discount services at retail stores.

Ty Wilkerson, an employee at the Chili’s Bartram Crossing unit in Jacksonville Beach, Fla., went through the Best You EDU program.

“It’s taught me to believe in myself and that I’m capable of doing anything as long as I don’t give up,” Wilkerson said in a statement. “I plan on enrolling in the Best You EDU associate degree program next. Anyone wanting to better themselves should take advantage of the program. It’s never too late to work toward a better future.”

Update May 19, 2022: This story has been edited to include the number of Brinker employees eligible for the base Best You EDU program.