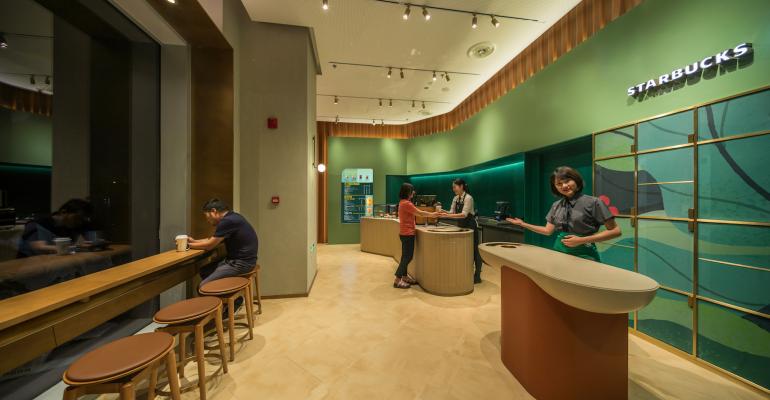 Starbucks Corp. continues to push its coffee delivery and retail presence in China with the opening of the company’s first express café — known as Starbucks Now — in Beijing, China that focuses on Starbucks mobile order and pay and delivery customers.

The express café format will also act as a dispatch center for nearby delivery orders, while all Starbucks Now and Starbucks Delivers orders will be placed in secure “pickup portals” along the wall so that customers and couriers can more easily find and pick up their orders.

“This new retail format and design approach provides us with a platform to offer customers a fast and convenient retail experience to suit their on-the-go lifestyle,” said Leo Tsoi, chief operating officer and president for Starbucks China Retail, in a statement. 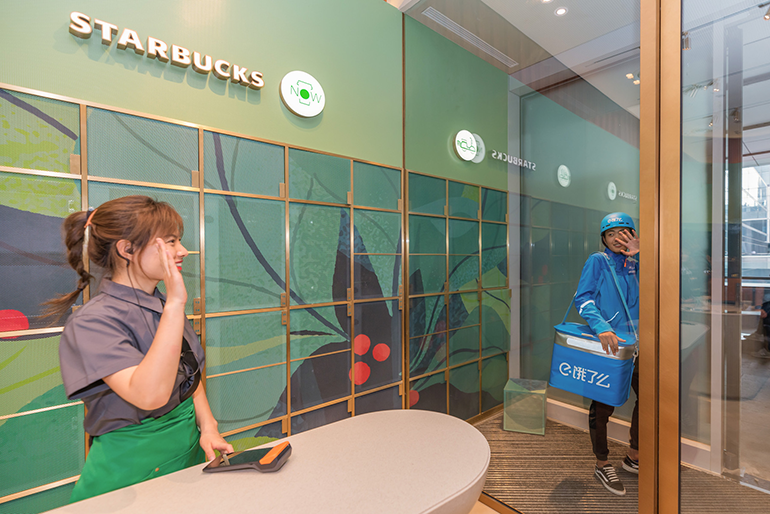 As Starbucks continues to focus its international efforts on the China markets, the Seattle-based company has been struggling to capture consistent traffic and reported a 1% decline in same-store transactions in China in the second quarter ended March 31.

In order to keep up with quickly growing mobile and delivery-forward competitors in China like Luckin Coffee, which filed in April for a U.S. initial public offering, Starbucks has launched several initiative, including delivery in partnership with Alibaba, which was announced in 2018, and the use of ghost or cloud kitchens — delivery-only kitchens that are not attached to a restaurant — a collaboration with Alibaba and Hema supermarkets.

The minimalist store design of the mobile-forward Starbucks Now locations allows for one or two baristas to monitor both walk-in and order-ahead orders, with only a few stools for seating and little of the hustle and bustle of the typical Starbucks store format. A central kitchen will handle all beverage and food orders during peak hours.

“Today’s launch of the first Starbucks Now store marks the latest milestone in the company’s continued efforts to bring its digital experiences for customers in China through unique and convenient store formats,” a Starbucks representative said. “The company plans to open new Starbucks Now stores across high-traffic areas including business and transportation hubs as well as to new cities in China.”