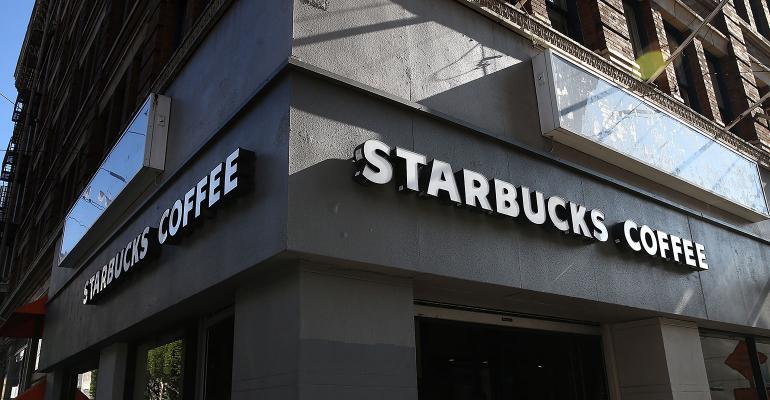 The Uber Eats delivery partnership is on track to reach one-quarter of U.S. company-owned Starbucks

Following an announcement in December that Starbucks would expand delivery to 2,000 U.S. stores, the Seattle-based coffee chain said Tuesday the service is now available in San Francisco, and would be added to five more cities early this year.

Delivery through Uber Eats began Jan. 22 in San Francisco and will expand to the other five U.S. markets — Boston, Chicago, Los Angeles, New York, and Washington, D.C. — this spring.

The expansion is part of a plan to add delivery to nearly one-quarter of company-owned U.S. Starbucks stores after a successful pilot test of the service in the Miami market in 2018, the company said.

“We’re building on key learnings from past delivery pilots, and by integrating our ordering technology directly with Uber Eats, we’ve unlocked the ability to bring Starbucks to customers for those times when they’re not able to come to us,” Roz Brewer, Starbucks’ group president and chief operating officer, said in a statement.

The initiative, dubbed Starbucks Delivers, will be available via the Uber Eats mobile app. When customers order for delivery, they will have access to 95 percent of the in-house Starbucks menu and are guaranteed to receive their orders in 30 minutes or less, the company said. In all markets, the Starbucks delivery program will attach a $2.49 “booking fee” to orders.

Starbucks Delivers began in China last August through a partnership with food delivery service Ele.me, a subsidiary of e-commerce giant Alibaba. Delivery in China expanded to 2,000 locations and 30 cities at the end of 2018. CEO Kevin Johnson has said that learnings from that market will inform domestic delivery initiatives.

The coffee chain is also testing out a limited rollout of delivery in London later this month — Starbucks Deliver’s first foray into the European market.

The delivery expansion comes on the heels of a stronger performance in the most recent quarter. For the fourth quarter ended Sept. 30, global same-store sales were up 3 percent Same-store sales in the Americas and U.S. region were up 4 percent in the period, which CEO Kevin Johnson noted at the time was “our strongest comps in the past five quarters,” despite continuing traffic struggles for the brand.

Starbucks did not immediately respond to request for additional detail about the delivery expansion.

As of the end of fourth quarter, ended Sept. 30, Starbucks had more than 29,000 stores worldwide.