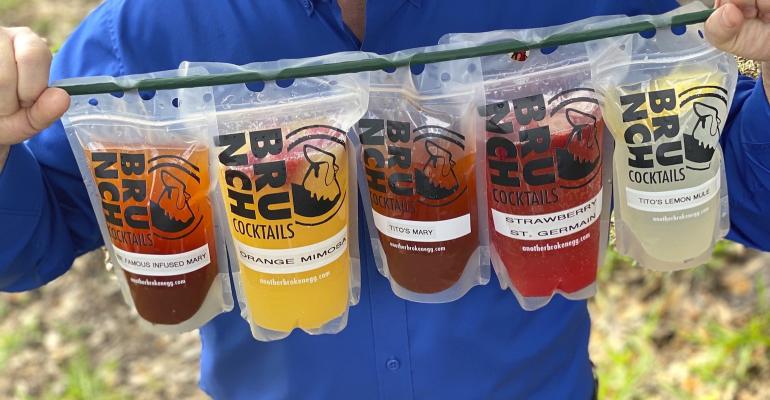 Daytime concepts continue to booze it up, expand offerings

Breakfast-lunch brands, which for years shied away from alcohol service, continue to expand their adult beverage offerings.

Parent company Another Broken Egg of America Franchising LLC joins other daytime concepts such as Spartanburg, S.C.-based Eggs Up Grill and University Park, Fla.-based First Watch in the expanding its platform of adult beverages in the segment.

Another Broken Egg Café said it is emerging from the COVID-19 pandemic with “remarkably strong beverage growth” and that has led the brand “to elevate the overall bar experience by bringing cocktails front and center.”

Aonther Broken Egg is not alone.

In November, First Watch, the University Park, Fla.-based brand with more than 400 units, rolled out an alcohol menu nationwide for the first time. The menu of Mimosas, Bloody Marys and craft cocktails, which had been in the works since 2018 and popped up in select test locations regionally, was introduced to half of the company’s store portfolio in 2020. The program was rolled out to more stores this year.

Earlier in 2020, Eggs Up Grill, which has more than 40 units in the Southwest, began adding mimosas to about half of its franchised system. Ricky Richardson, CEO of the brand, said in an interview this week that the franchisee-inspired program had been successful and was being adopted by more operators.

Another Broken Egg Café, in its announcement Wednesday, said its new DIY kits, new cocktails and specially packaged drinks-to-go program was “an integral part of its New South reimaging initiative.” It also included dedicated bartenders and a redesigned bar-forward cafe layout with both indoor and patio access.

Another Broken Egg has more than 70 locations in 14 states.