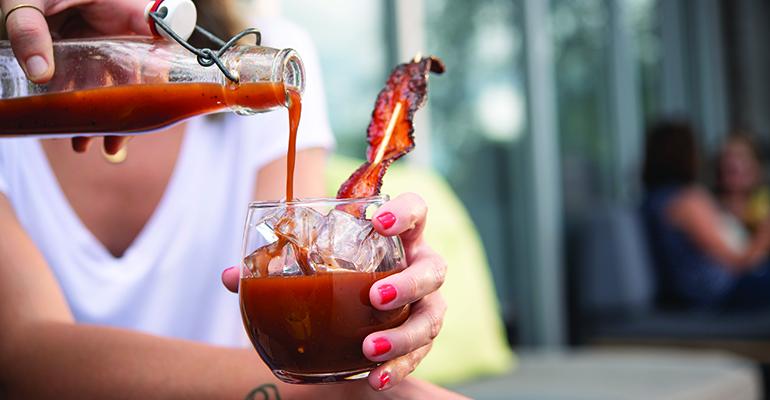 The family-dining chain has launched a menu of Bloody Marys, mimosas and original craft cocktails after regional testing

First Watch, the University Park, Fla.-based, 400+-unit breakfast chain, is rolling out an alcohol menu nationwide for the first time, Nation’s Restaurant News learned Tuesday. The menu of mimosas, bloody marys and signature craft cocktails — which has been in the works since 2018 and has already popped up in select test locations regionally — is now available at 100 restaurants and will be introduced to half of the company’s store portfolio by the end of 2020. The rest will follow on a rolling basis throughout 2021.

“This has been in the works for over a year and the timing might not be perfect [with the pandemic], but alcohol sales have been up nationwide so perhaps this is fortuitous timing,” First Watch president and CEO Chris Tomasso told NRN. “We’re constantly looking at consumer trends and it made sense to embrace this one, but we did it in true First Watch fashion.”

Each of the cocktails is priced at $8 for a double portion and the list includes mimosas; the Million Dollar Bloody Mary made with gluten-free vodka, bloody mary mix and garnished with a strip of First Watch’s Million Dollar bacon; Cinnamon Toast Cereal Milk made with coconut rum, cold brew coffee, coconut milk, and agave nectar; the Morning Glory with vodka, orange juice, lemon, turmeric, orange ginger and agave nectar; the Pomegranate Sunrise with tequila, pomegranate juice, lime and agave nectar; and the Vodka Kale Tonic made with vodka, kale juice, Fuji apple, English cucumber, and lemon.

“We didn’t want to be a bottomless mimosa-type of place,” Tomasso said, adding that they are targeting the “next-generation” consumer who wants that creative alcohol component alongside their food during the breakfast and brunch hours. “These are signature cocktails that we serve in small bottles and the server brings them out with a glass of ice and pours the drink over ice.” 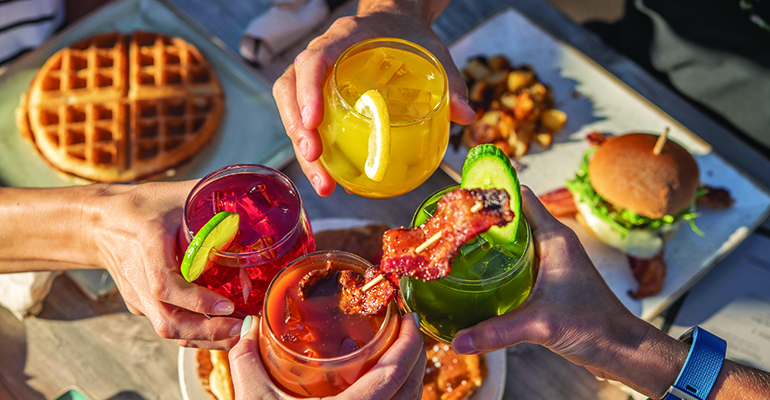 Currently the cocktails are only available in-house, but Tomasso said they are aware of the current COVID-era trend cocktails to-go and for-delivery and “are talking about” the possibility of opening this program off to off-premise.

“I think this is the beginning of a journey for us,” Tomasso said. “I can see us developing within this space as we learn more about our customer.”

He hinted that they could expand the menu seasonally and take a look at adding unique iterations of bloody marys and mimosas in the future.

Besides ramping up their adult beverage offerings, First Watch is also working on COVID-era dining room enhancements, including designated areas for order pickups and indoor/outdoor bars to give guests the best of both worlds.