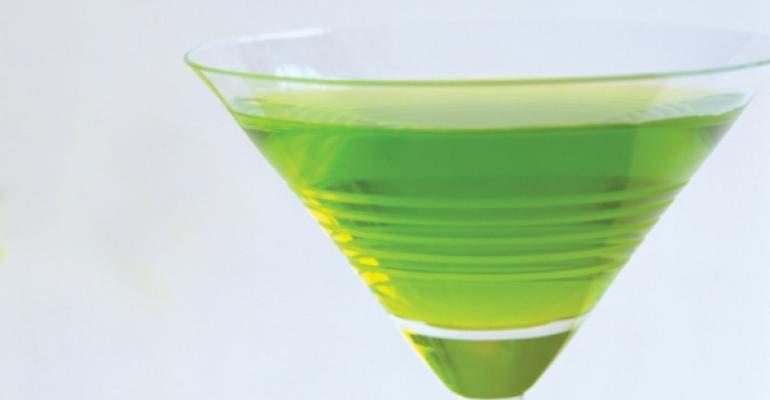 Man has enjoyed alcoholic beverages since the Neolithic Era (circa 10,000 B.C.), and whether it was consumed as part of the celebration at the lavish Bacchus festivals in ancient Rome or simply to avoid water-borne diseases such as cholera in Medieval times, alcohol has played an important role in our history ever since.

It is believed that the global alcoholic drinks industry will top $1 trillion this year. However, across most of the world, the consumption of alcohol is actually falling. In Britain for example – with our culture of heavy social drinking – the Office for National Statistics found that between 2005 and 2012, the number of people aged 25 to 44 who said they’d had a drink in the previous week dropped from 74 percent to 63 percent for men and from 62 percent to 50 percent for women.  According to Drinkaware – a U.K. charity that promotes responsible drinking and is funded by donations from the drinks industry – 15 percent of adults have never drunk alcohol.

With the world’s changing approach to alcohol, operators need to find alternative beverages that don’t just involve fizz and sugary fruit juices, which are so often the only options.

Many operators are using this as an opportunity to upgrade their nonalcoholic offerings in order to attract this increasing section of the market. Some are opening nonalcoholic bars, which have started popping up in major cities around the U.K., like London, Liverpool, Nottingham and Manchester. Building on the popularity of mocktails – nonalcoholic cocktails – these bars are proving increasingly popular; one operator, Redemption, has now opened its second outlet in London.

Mocktails are also taking off in other parts of the world. Tokyo’s “izakaya” bars, which are known for serving mainly beer, are challenging the traditional model with an increased number of nonalcoholic options. For example, the Aurora Lounge, located in the Keio Plaza Hotel in Shinjuku, now serves 45 different mocktails.

In the Middle East, which has never really had much of a drinking culture, hotels are nevertheless increasingly becoming alcohol-free zones in order to attract the lucrative and growing Islamic market. Chef Alain Ducasse, who operates 25 restaurants across the globe, runs a dry restaurant in Qatar.

Are you considering adding nonalcoholic beverages to your menu? Join the conversation in the comments below.

Some restaurants are adopting water sommeliers, who offer diners a selection of waters to accompany different dishes. While I would question whether most people can taste the difference between waters – other than whether it is still or sparkling – the trend seems to be continuing. Venues such as Ray's and Stark Bar in Los Angeles and Le Water Bar Colette in Paris have adopted this model. Interestingly, London hotel Claridge’s used to have a water menu but discontinued it a few years ago.

There has also been a surge in the sale of nonalcoholic beer. Last year more than 580 million gallons were drunk worldwide – an 80-percent increase on five years ago, with the Middle East now accounting for almost one-third of the worldwide sales by volume. Prominent Saudi Arabian and Egyptian clerics have even gone as far as issuing fatwas permitting the consumption of zero-alcohol beer. Japanese consumers, many of whom are aging and more conscious of their health, are also drinking more nonalcoholic beer.

It is clear our relationship with alcohol is changing; however, it will always have an important place in the leisure industry. After all, beverage alcohol sales still account for a large percentage of operators’ profits. Ultimately, the market for nonalcoholic beverages is limited at this point, and while operators should acknowledge the public’s shift in attitude, they should make decisions about their menus based on the best interest of their businesses.