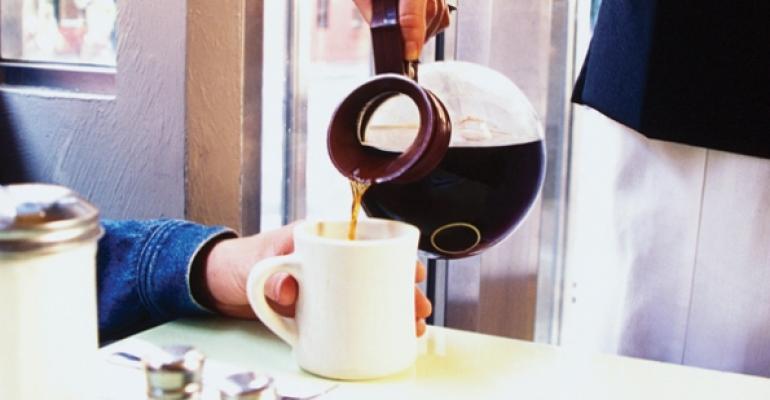 The evolution of the coffee shop

It was a crisp but gloomy winter evening in London’s West End, when I found myself amid an eerie sea of empty chairs; the comforting hubbub of crowds had fallen silent, replaced by the quiet of ignored machinery. The spits of steam that rose to engulf the air just 12 hours earlier had evaporated as the vibrant daytime boulevard lost its throng. And the imposing windows that once contained a cacophony of color and life now merely held framed emptiness.

Please forgive the ramblings of a romantic Londonite — I am not describing a ghost town or derelict area of the great city in which I reside. I am highlighting a situation that struck me the other day as I waited to meet a friend for a pre-theater drink in the evening: the dichotomous life of coffee shops.

As with every major city around the world, coffee shops adorn most streets and very rarely fall vacant during the daytime trading hours. But the culture in the U.K., as in most of Europe, is one of evening dining or alcohol consumption. Coffee as an event or experience is very much a daytime reserve.

Last year I wrote here about the growing global popularity of coffee. According to consumer market research company Euromonitor International, almost every country from Algeria to Zimbabwe has seen coffee consumption rise over the last few years. There are now over 2.25 billion cups of coffee consumed in the world every day.

This surge in popularity came alongside a substantial rise in operators flooding into the marketplace, which has in many places become saturated. But faced with the increasing competition, operators are now seeking innovative ways to expand and distinguish themselves — as well as generate additional income.

One solution has been to extend trading hours and offer a more compelling menu than skinny lattes and muffins. Many operators trying to capture the cafe culture of Paris are even seeking to become coffee shops in the morning, restaurants for lunch and dinner, and bars in the evening. Some parts of the world — particularly Europe — have seen coffee shops successfully grab market share from patisseries and restaurants in the afternoon and evening trade.

While independent operators have historically been better able to adapt to this model, chains are beginning to feel comfortable taking on the extra operational burdens, as well. In February, Harris + Hoole — which was purchased by British supermarket giant Tesco PLC last year — became the first coffee shop chain in the U.K. to apply for an alcohol license, and it is planning on serving wines and craft beers along with light meals. It has also been reported that the chain will run community events such as open-mike nights to further encourage patronage.

Starbucks has been selling beer and wine at a few of its U.S. outlets since 2010. Like Harris + Hoole, it serves a selection of dishes that complement the drinks to make it more of an evening destination.

Another strategy for new revenue streams has been to look for overseas markets to conquer — but many in the coffee sector have found this not as easy as it seems. Starbucks, for example, failed to make headway in the discerning Australia market and has had to retrench. U.K. market leader Costa Coffee, now in 35 countries, has also come across challenges: It announced recently that it may be ending its exclusive franchisee arrangement in India due to lack of investment and growth.

Because of these issues, I was fascinated by the news in early March that U.K. operator Caffè Nero is planning to take on the coffee-loving U.S. market. Caffè Nero, however, has clearly given this a great deal of thought: Rather than launching head first into a country where Dunkin’ Donuts coffee flows like water, it has opted to target a specific marketplace initially — New England. Given the competitiveness in the American market and the failure of other British restaurant brands to crack it — Nando’s and, to some degree, Pret A Manger spring to mind — this is a big move. But Caffè Nero no doubts feels more comfortable with the more familiar unit types and consumer preferences in Boston and the surrounding areas.

There is no doubt that both independent and chain coffee shops are gearing up for a sustained period of growth. The key challenge, as is so often the case, is to benefit from the current popularity while ensuring they continue to advance, evolve and adapt in line with future trends.

Those who don’t will find themselves in the ghost town.

What moves are you seeing coffee shops making to draw consumers throughout the day? Join the conversation in the comments below.