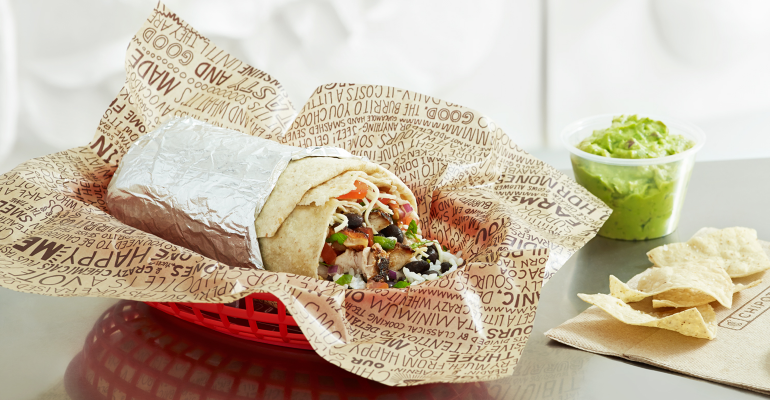 “We’re going back to the drawing board on nachos and do it the way people would expect nachos at Chipotle,” he said during Baird's 2019 Global Consumer, Technology & Services Conference in New York.

It was the second investor conference in the past week where Niccol and chief financial officer Jack Hartung addressed menu innovation, unit growth and digital sales projections.

Here are the highlights from the events:

Niccol said the company will continue to look for new and creative ways to showcase new recipes using existing ingredients, as it did with its line of Lifestyle Bowls, which debuted in early January.

The four bowls, available only via online orders, contain specific ingredients that match the requirements of certain popular diets, such as keto or Whole30.

Niccol said when he started as CEO last year, he discovered consumers had “low awareness” of the menu variety at Chipotle.

“Not many people realize we have carnitas, barbacoa, sofritas,” Niccol told investors last week at the Sanford C. Bernstein Strategic Decisions Conference, according to a transcript of the event. 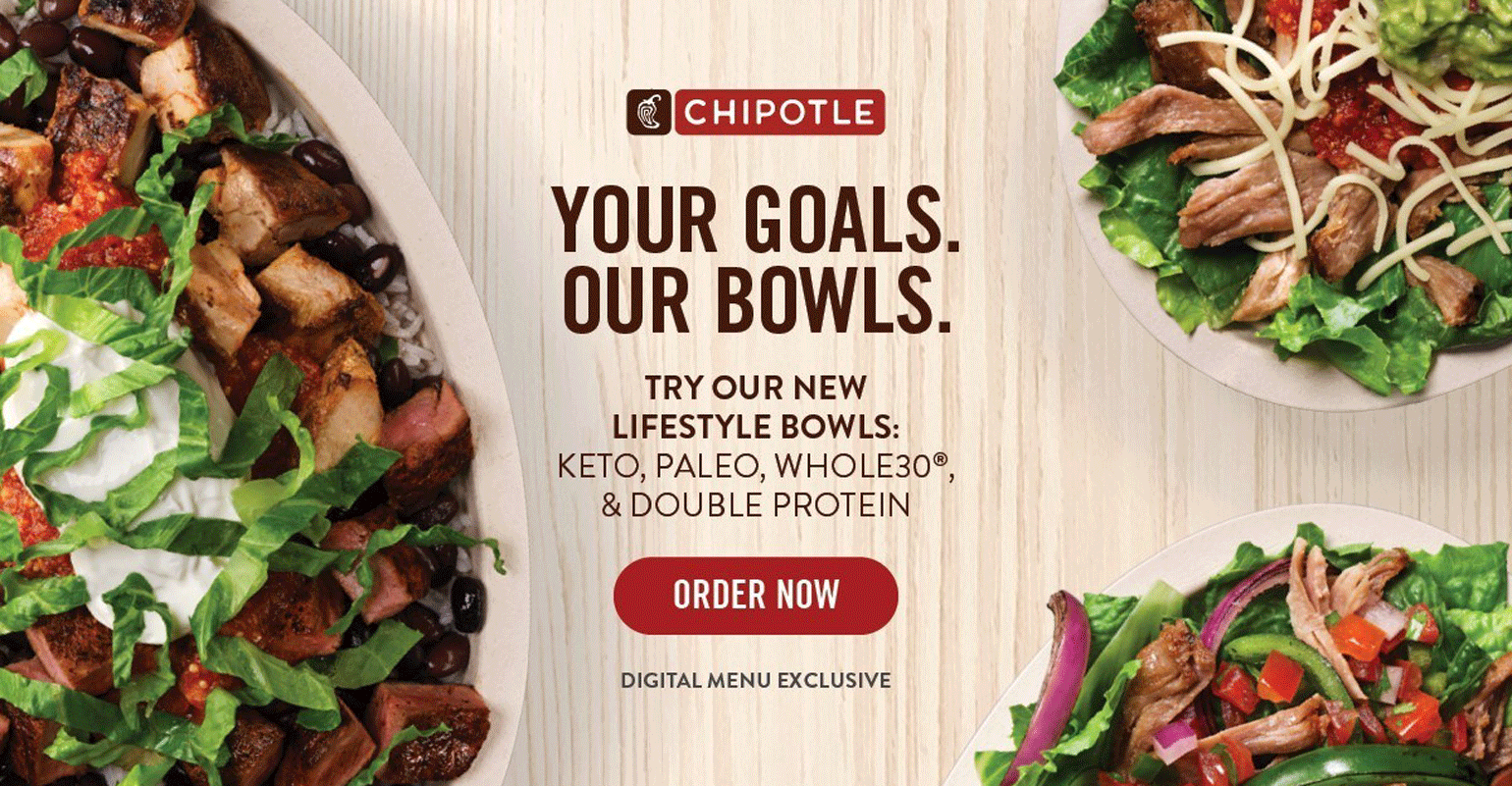 Creating new recipes from existing ingredients, rather than developing new products, is a fast and easy way to introduce new foods to consumers, he said.

“I don’t want to walk by that opportunity,” Niccol said Wednesday at the Baird event.

Still, menu testing is in the works.

He said the brand is currently testing “another steak experience” with carne asada.

The brand continues to test quesadillas, which requires new oven equipment. That test has been ongoing since last year. 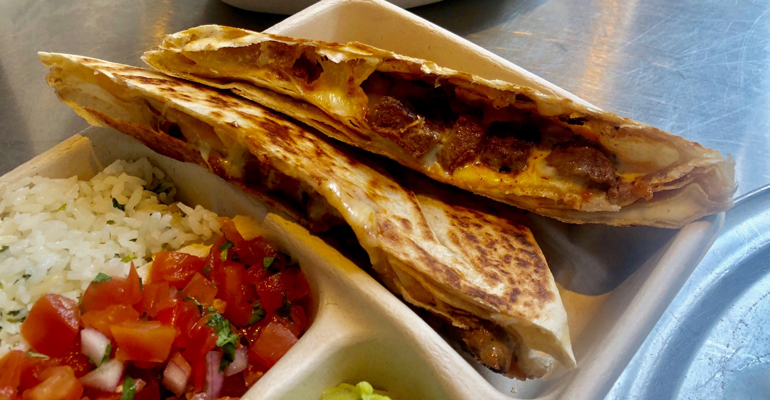 Niccol did not provide a timeline for moving ahead with a nationwide launch for any of the products in test.

He said the ovens used for the quesadillas could also be used for a reboot of the brand’s nachos test. Last year, the company tested putting chips in a bowl and drizzling them with the brand’s queso cheese sauce.

“The stage gate [testing] works to identify when something isn’t working,” he said.

So, the culinary team is going to try again, he said.

“The good news is the piece of equipment we are using for testing on quesadillas could allow us to do oven-baked nachos or get into desserts,” Niccol said.

On the beverage side, Niccol said the Newport Beach, Calif.-based fast-casual chain has a “real opportunity” to add non-carbonated drinks such as teas, juices and lemonades to the menu.

At last week’s investor event, Niccol said the beverages would help drive traffic during slower dayparts “between lunch and dinner.”

“We would probably see an uptick in that afternoon daypart,” he said during the Bernstein conference last week.

What will Chipotle not do? Breakfast.

“I'd love a Chipotle breakfast,” Niccol said last week. “We're just not going to do it any time soon.”

Niccol said one of the most powerful improvements made to the brand in the past year has been access through various digital channels, such as online order and pick up, and third-party delivery.

“We knew it was a big unlock,” he said. “The experience exceeds people’s expectations.”

In the first quarter, ended March 31, digital sales increased 100.7% and accounted for 15.7% of sales. Digital sales include delivery — both through a third-party and direct delivery through the company’s app — as well as online order and pick up. The latter is the most profitable digital channel for the brand, Hartung said.

“We can produce a lot of food with less labor,” the CFO said.

Niccol said consumers are gravitating toward delivery and online ordering because “our food really travels well off premise.” 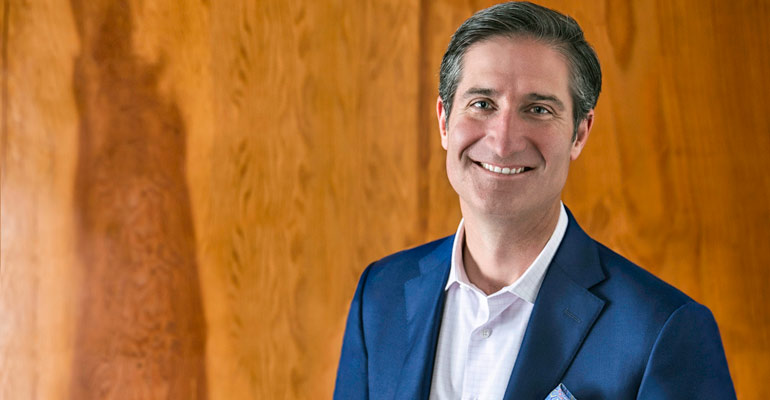 Delivery is also fast, clocking in “below 30 minutes,” he said.

Niccol said digital sales have room to grow to 30% of total sales.

Patches of restaurants, including those testing drive-up pickup lanes or “Chipotlanes,” are already reaching 25% to 30%, he said.

As a result, Niccol said Chipotle will continue to push hard on digital efforts which are less than a year-old.

“Usually when something’s working, I have a simple approach: You do more of it,” he said.

Niccol said the brand will continue with its plan to open 140 to 155 new stores.

Though the economics support growing more stores, Niccol said the company must ensure they have the “people capability to open restaurants.”

“You’re not going to see us all of a sudden whipsaw the growth,” he said.