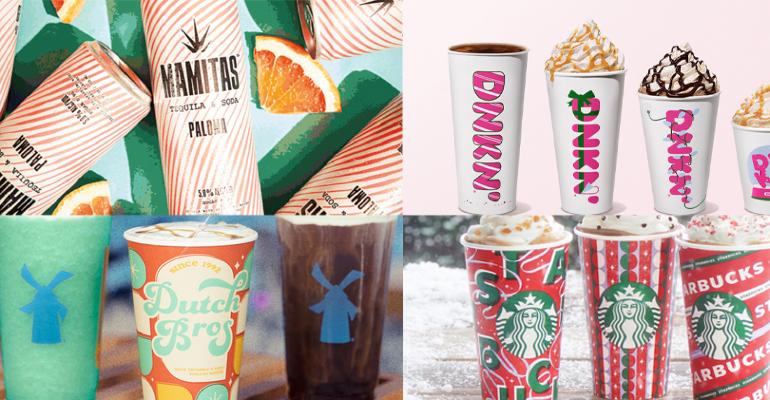 The holidays are a time for drinking, and restaurant chains know it. Whether it’s seasonal high-proof cocktails or warm sweet beverages with seasonal spices, they have what their customers crave, such as Applebee’s seasonal Tipsy Reindeer or Dave & Buster’s Peanut Butter Old Fashioned.

Firebirds Wood Fired Grill has more than a dozen limited-time cocktails, and Islands Restaurants, TGI Fridays and Studio Movie Grill have some, too, while Old Chicago Pizza and Taproom is experimenting with canned Palomas at its Colorado locations.

Roy Rogers has a mellow new Trailblazer roast of coffee, while Creamistry, IHOP, Mooyah and Wayback Burgers have seasonal shakes.

Juice it Up! has ginger and horchata smoothies, Pressed has mocha smoothies with nutraceuticals in them, Smoothie King is highlighting oranges’ immunity-boosting qualities and Tropical Smoothie Café is offering cranberry specials.

Yalla Mediterranean, meanwhile, has introduced sparkling juice blends, available through the end of the year.