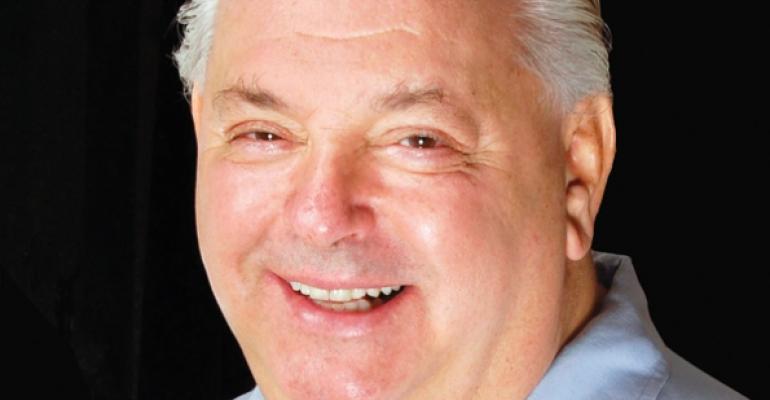 Beer is one of the best-loved beverages around the globe.

While the United States has had a love affair with beer for decades, Britain has been brewing beer since before the Romans arrived in 54 B.C.

Yet the British pub market has found selling beer to be one of the toughest challenges in recent years. Lower consumer confidence coupled with rising costs and beer taxes all have played their parts. And smoking bans have now affected concepts in nearly all countries around the world, many of which are competing with cheap alcohol deals in supermarkets.

The most significant casualty of the economic downturn here in the United Kingdom has been the tenanted pub sector, which lost up to 22,000 pubs across Britain since the recession began. As landlords large and small faced severe financial challenges around the turn of the decade, hundreds of sell-offs were unavoidable as a result of highly debt-leveraged package purchases and failing operators.

However, opportunity abounds for new and returning operators in the market, particularly those who are able to take advantage of cheap freehold property deals on failing bars and pubs and introduce a more entrepreneurial concept to make a pub profitable again. The lack of available funding, however, has meant that for many would-be pub and bar operators, getting to the starting line is the first great effort in what is a long and hard — but hopefully rewarding — race.

For those who can find the funds, the entrepreneurial and creative skills of operators can be credited for not only helping change the image of the British pub sector, but diversifying drink establishments around the world. Innovation in the beer market is hard to come by, but emerging operators are providing a more creative offer for customers bored with traditional “boozers,” who are keen to sample restaurant-quality food and service with their drink and enjoy the informal atmosphere that dining in a bar or pub can provide.

Drake & Morgan is one such bar chain that is worth watching. Influenced by bars in Hong Kong, Shanghai and Tokyo, it offers “design-led, flexible spaces for eating and drinking,” some of which even feature a “florist, cheese and wine room, deli, kitchen, and bar” over three floors. Bars and pubs are thus returning as important places to meet, socialize and do business.

While many operators are focusing on food to increase sales, others are improving the choice and quality of the beers they offer. Just as the United States has seen continued growth in sales of craft beer of late — 11.5  million barrels in 2011 compared with 10.1 million in 2010, according to FoodService Europe & Middle East and the Brewers Association — the growth of the craft-beer movement and brewpubs has led to the expansion of independent bar chains in the United Kingdom, the rest of Europe and beyond.

Japan now has a plethora of craft-beer bars, including Popeye, which has an unrivaled 70 varieties on tap, all held in impeccable condition and most of them produced by Japanese breweries. Baird Brewing Company in Numazu, Japan, is also one of the most respected names on the Japanese craft-beer scene, along with Delirium Café Tokyo, the first Tokyo outpost of the chain. The latter’s original location in Belgium has more than 2,000 beers in its selection.

Craft-beer pubs can hold a wider range of bottles at a much more affordable price than wine, and they can be drunk on their own or matched to food. It’s common to see 30 to 60 different varieties on sale in any venue, supplementing the more established wine lists. A wide mix of bottled ales also expands the offer considerably at such establishments, further enabling the emerging trend of pairing beer with food.

If selling craft beer wasn’t enough, the increase in microbreweries, which produce on average 15,000 barrels of beer per year and sell 75 percent off-site, and brewpubs, which must sell at least 25 percent of their own beer on-site, also has boosted beer consumption in countries outside the United States, giving the sector a much needed image boost.

In the United Kingdom the increasing number of available free houses — pubs that are not tied to purchasing beer from a particular brewery as part of the lease — has meant that microbrewers are finding it easier to get their beers into a wider range of pubs. Moreover, entrepreneurial operators are seizing the opportunity to wow their customers with the new offerings. Examples include the London Brewing Company, a new microbrewery that recently acquired The Bull in London’s Highgate area; BrewDog, which has 11 venues; and The Draft House. The latter takes its beers’ provenance, cellaring and serving seriously, explaining that a key part of the offer is knowledgeable staff and an obsession with a well-pulled pint. Draft House prides itself on a wide selection of craft beers from independent suppliers all over the world. The beer list boasts more than 50 choices, including beers from local London breweries.

Brewpubs across Europe are now widespread, and unsurprisingly, Germany is the largest European producer, with an annual output of over 10 billion gallons. At the other end of the spectrum, France consumes a relatively modest amount of beer, generally preferring wine as its dominant drink.

Bangalore, India, has a number of brewpubs: The Biere Club, the city’s first brewpub; Windmills Craftworks; Arbor Brewing Company; and others form a constellation of six microbreweries in the city — six more than existed two years ago. Some of Bangalore’s craft beers are conceived in India but brewed in Belgium. However, many of these brewers plan to jump onto the brewpub bandwagon, as well.

Despite the popularity of this trend, it is difficult to predict whether any such business brands will be able to cross their own borders as part of their expansion plans and become international chains. We have seen plenty of evidence that customers all over often lean toward established brands that are instantly recognizable and familiar. However, each country’s variances in style, design and products on offer, as well as the preferences and cultures of different nations, make it difficult to imagine a universal concept in this arena. Craft beer still has a way to go before becoming mainstream, and part of its popularity is often its quirkiness and niche appeal — it could be that rolling out such concepts could alienate their existing customer bases. But as we’ve seen, fortune favors the brave new world, so watch this space.