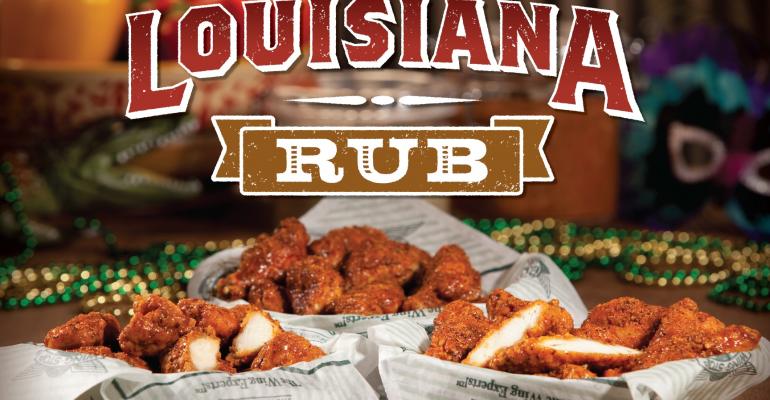 For the first time in more than five years, Wingstop Restaurants Inc. has added a new flavor for its chicken wings: Louisiana Rub.

“Three of our most popular wing flavors are Original Hot, Lemon Pepper and Cajun,” said Andy Howard, chief marketing officer and executive vice president for research and development at Richardson, Texas-based Wingstop. “We wanted to create a unique, new flavor that captured the essence of those favorites, but with a new spin. The result is a dry rub wing with a kick.”

Louisiana Rub is available on traditional or boneless wings, boneless strips or Glider sandwiches. The debut is supported with national cable television spots featuring former Dallas Cowboys quarterback Troy Aikman, who is Wingstop’s spokesman and a board member, and an online media campaign.

Wingstop, which was acquired by the Atlanta-based Roark Capital Group in 2010, has 490 restaurants in the United States and Mexico.