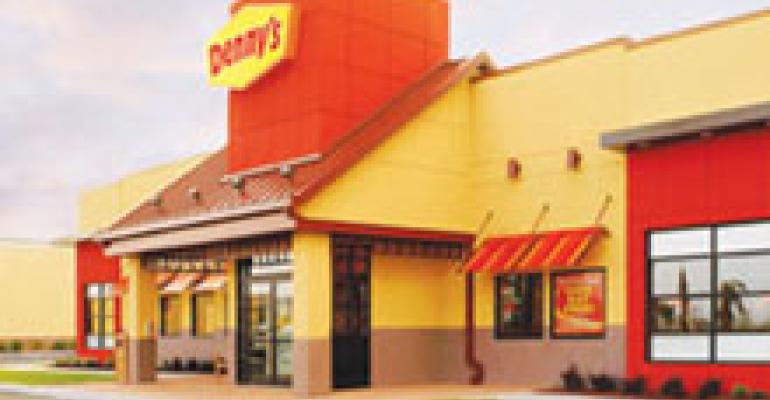 Wake up and smell the sizzlin’ daypart

Once upon a time, the farmer’s wife would rise at dawn to collect the fresh eggs that would feed her family and farmhands. Today, however, she’d probably be more inclined to drive to the nearest quick-service restaurant in town and buy breakfast for everyone instead.

Breakfast, widely recognized as one of the restaurant industry’s fastest-growing categories, has become an arena for aggressive marketing, particularly within the fast-food segment.

Last Christmas, as consumers researched options for the morning meal, the No. 1 Google search key term was IHOP, according to a report in the Los Angeles Times. Waffle House ranked ninth and Denny’s came in at No. 10.

Expanding into the breakfast daypart, says David Shinney of the Boston-based DCS Associates LLC foodservice consultancy, “is a very smart move. It has the advantage of lower margins, and any time you can drive sales in a depressed market—that’s good. You can’t let it detract from the overall performance of your core business, but if you effectively offer good value, quality and price, it’s a daypart you can make money from.”

At McDonald’s alone, breakfast sales in 2007 accounted for approximately $6.6 billion in annual volume—almost 30 percent of the chain’s overall sales.

“We invented the category,” says McDonald’s spokeswoman Danya Proud, “and we are extremely bullish as it continues to be a priority. We will be introducing Café coffees in 14,000 restaurants by mid-2009” and “anticipate an increase in our breakfast business this year.”

But according to Nelson Marchioli, president and chief executive of 1,500-unit Denny’s, consumers, when they think about breakfast, think about his chain first.

“Our challenge was to create crave-able breakfast items that consumers would want to eat all day long,” he says.

However, he contends, McDonald’s is “a real player in breakfast” and sees them expanding in that time slot. “Their sweet spot is 5-7 a.m.; ours is typically after 8:30 a.m. Fifty percent of our business is between Friday afternoon and Sunday afternoon. We see the Monday through Friday weekday breakfast is our real opportunity.”

Marchioli says the chain has introduced new packaging that “holds the food at 140 degrees Fahrenheit for 10 to 15 minutes,” as part of the B-FST 2GO promotion. It features a vented lid that allows the pancakes to stay fresh while the hash browns, eggs and meat remain warm in their compartments.

Marchioli also says Denny’s has targeted a younger 18-to-30-year-old demographic, and forged affiliations with rock bands that allowed the chain to develop “a new vibe.” It also began using Internet advertising for the first time. One promotion, called “Build Your Own Grand Slam,” allowed guests to customize their own plates. New sizzling fajita breakfast skillets and a prime rib breakfast with eggs became a “huge leverage point,” he says.

Other QSR chains are recognizing the importance of the breakfast daypart, too.

Subway, like its competitors, is no stranger to the breakfast category. Last year, the chain rolled out five new omelet sandwiches in addition to adding flatbread as a bread option. Breakfast, says spokesman Les Winograd, was “on the radar” for a long time, but new toaster ovens addressed the challenges associated with a menu upgrade. He also says that franchisees embraced the changes wholeheartedly. “Our entire Los Angeles program signed up en masse. We sell quite a bit more lunches to people buying both breakfast and lunch or those who are looking for dinner after a late shift.”

Currently, 9,000 Subway stores offer breakfast. There are more than 30,000 Subway units worldwide, with nearly 22,000 of them located throughout the United States. The chain also is testing Seattle’s Best coffee at its units this year. “Coffee can be a huge driver of where people will eat,” Winograd says. “This lets us test a brand that is nationally known.”