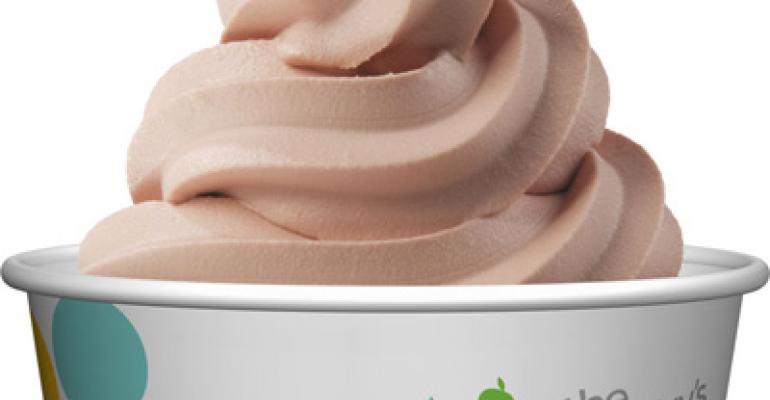 TCBY has joined the red velvet cake craze by adding that flavor of soft-serve yogurt to its permanent menu.

The flavor was tested for a limited time in February and will be added to the permanent menu of the frozen-yogurt chain Sept. 1, along with a caramel-flavored frozen yogurt called Caramel Supreme.

In addition, the Salt Lake City-based chain with 400 U.S. locations is introducing seasonal flavors for the fall. Pumpkin Pie will be offered in September and October, and Eggnog and Gingerbread will be featured in select stores in November and December.

The new flavors are priced the same as other TCBY frozen yogurts and vary by location and franchisee. The suggested retail price is $2.99 for a small cup or cone and $5.49 for a large. Self serve locations charge between 39 cents and 49 cents per ounce.

Red velvet cake is a classic American preparation whose red color originally came from cocoa’s reaction to acidic ingredients such as buttermilk when baking, although these days it usually comes from red food coloring. The cake may or may not contain chocolate, depending on the preparation, but the red tinge has become popular in an array of items.