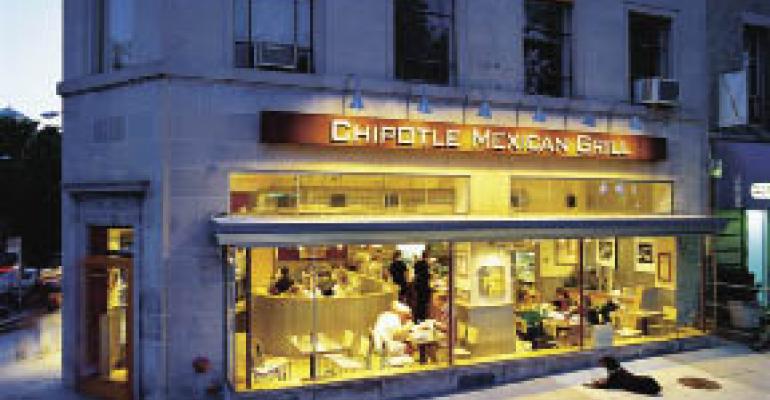 A taste of what's to come in food trends

This story is part of NRN's "2011 Forecast & Trends" special report.

Food origins will be a key topic in 2011, according to industry watchers, who predict chefs will step up the hunt for local and seasonal meats, seafood and produce.

Breakfast, the only daypart that has performed well in recent years, will also be a hot area for menu innovation, with more breakfast items expected to be offered on menus throughout the day.

And more chefs will focus on health, including food allergies and gluten sensitivities, smaller portions and nutrition, especially in children’s meals.

In a survey of members of the American Culinary Federation, the country’s largest chefs’ association, conducted for the National Restaurant Association, the No. 1 trend predicted for 2011 was locally sourced meats and seafood. At No. 2 was locally grown produce. The “hyper local” concept, such as restaurants with their own gardens or chefs doing their own butchering, was ranked at No. 5.

Local products have mostly been used by independent restaurants and regional chains, but at least one large national chain — 1,000-plus-unit Chipotle Mexican Grill — has moved toward supporting smaller producers. The chain predicted that in 2010 it would serve more than 5 million pounds of produce sourced from local farms around the nation. Chipotle also announced it would step up its reliance on local sourcing of produce from smaller producers going forward.

Other chains have found using local products to be impractical, but they have responded instead by offering local or regional flavors.

Smashburger, a fast-casual hamburger chain that was a Nation’s Restaurant News Hot Concepts award winner in 2009, tries to appeal to local customers by offering signature burgers in each market where it opens, such as the Twin Cities burger in Minneapolis/St. Paul, which is topped with local-style “bar cheese,” or the Colorado Smashburger, which includes green chile.

Recent national rollouts by chains have also highlighted flavors from different regions of the United States, including Domino’s American Legends line of pizza and The Cheesecake Factory’s Glamburgers, which included the Sonoma Burger with herbed goat cheese and arugula and the Memphis Burger topped with slow-roasted barbecue pork.

Applebee’s extended its Realburger line with items named for different regions, including the Philly Burger and the Southwest Jalapeño Burger.

NPD forecast that nearly 15 percent more breakfasts would be served in 2019 than 10 years earlier in 2009.

McDonald’s recently added a major new item to its breakfast offerings with the nationwide launch of its Fruit & Maple Oatmeal Jan. 3. The $1.99 item, which contains whole grains, half a cup of fruit and 5 grams of dietary fiber, is available all day long — something a 2009 study by Technomic indicated that many customers want. Forty-six percent of respondents said they’d like to see breakfast made available all day, Technomic found.

Better for you, and without gluten

McDonald’s new oatmeal product speaks to a number of trends predicted by the ACF chefs, who put “gluten free food and being food allergy conscious” at No. 8 on their list of top trends for 2011 and nutrition/health at No. 15.

They indicated that children’s health was going to be watched in particular in 2011, ranking “nutritionally balanced children’s dishes” at No. 4 and fruits and vegetables as children’s side items at No. 18.

A number of smaller chains launched gluten-free menus in 2010, including 13-unit Mama Fu’s and eight-unit Big Bowl. The latter also added a gluten-free beer to its menu.

Paul Krug, owner of the new fast-casual Glaze Teriyaki Grill, which opened in New York City in December, said he had made gluten-free items available and that within two weeks of opening, word had started to spread among the gluten-free community that his restaurant had food that they could eat.

The ACF chefs ranked “smaller portions for smaller prices” at No. 13. Many chain restaurants have offered such options in recent years, along the lines of T.G.I. Friday’s 2007 Right Portion, Right Price offerings. More recently, in 2010 Red Lobster added lower-priced options with entrées in the $13-$17 range. And in 2009 The Cheesecake Factory launched a small plates and snacks category offering small, shareable items for $3.95-$6.95, with much success. Independent restaurateurs report that small plates respond to their customers’ desire for flexibility — allowing them to sit at the bar for a drink and a snack rather than forcing them to commit to an entire meal.