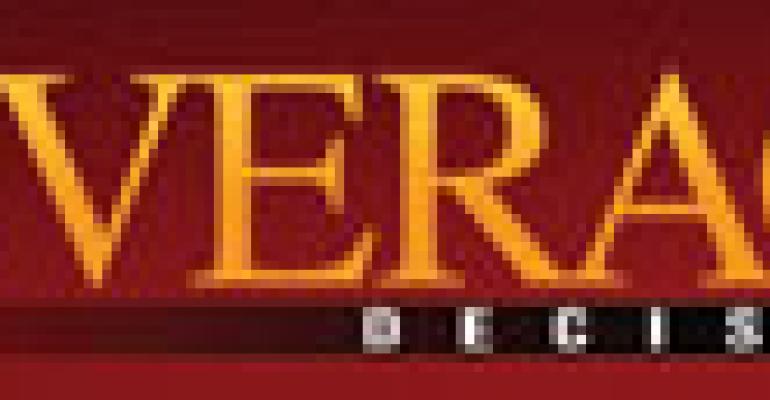 As commodity prices rise and competition in all segments of the foodservice industry grows fiercer, operators are looking for ways to increase their profit margins, and one way to do that is by making more money selling drinks.

High-margin beverages account for much of the profit at many restaurants, but they could be marketed better, according to a recent study, which found that “old” and “boring” were common adjectives used to describe drink promotions.

The survey, which included more than 2,700 consumers ages 12 to 54, was conducted online last March.

It found that consumers said they were by-and-large satisfied with how casual-dining restaurants promoted their nonalcoholic beverages, with 63 percent saying that segment did a good to excellent job. Only 50 percent said that of quick-service restaurants.

The most common responses when describing quick-service drink programs were “old,” “boring” and “tired,” at 43 percent, 35 percent and 30 percent, respectively.

For casual dining, including drinks as a package with the meal was the most common recommendation, at 43 percent. At 42 percent and 40 percent, respectively, were offering daily drink specials and having signature drinks.

Most respondents, 80 percent, said they would not pay more than $2 for drinks in quick-service restaurants, with the average maximum price being $1.70.

Even fewer diners at casual-dining restaurants, 13 percent, know what nonalcoholic drink they’ll order before they walk in the door. Some 39 percent decide after looking at the drink menu, and 37 percent say they decide once they know what they’re going to eat. They said they will pay more for drinks at restaurants with table service, with 34 percent expressing willingness to spend more than $3. Still, 20 percent said they wouldn’t pay more than $2. The average maximum was $2.44.

A third of consumers said the brand of the beverages they drank was very or extremely important.

Those who do change what they drink are mostly likely, at 60 percent, to change because they did not like their first drink. Nineteen percent change drinks based on food selection.

Additionally, more than half of consumers change their “favorite” nonalcoholic beverage within a 12-month period.

Strawberry, banana and raspberry were the most popular choices, with strawberry making it onto 37 percent of respondents’ lists. Banana, at 21 percent, came in second.

When it comes to getting customers to try new drinks, coupons, new flavors, and unlimited refills were favorite choices.