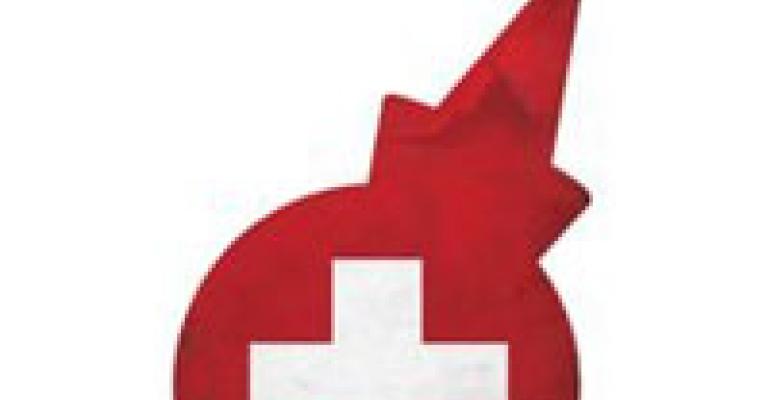 Both Jack in the Box and Denny’s used their Super Bowl ads to launch marketing campaigns to drive traffic during difficult times.

Jack in the Box’s ad, in which its fictional founder, Jack Box, gets hit by a bus, offered a cliffhanger ending that kicked off what the 2,100-unit chain described as a multi-week marketing campaign. After the bus accident, the fate of the clown-like character with the massive white-ball head remains in question as the company offers regular and “official” updates on his injuries online at www.hangintherejack.com. Users also can sign up for e-mail or text message updates.

Throughout the humorous news updates, Jack in the Box officials urge consumers to visit the chain’s restaurants to order any meal, any time of day in lieu of sending flowers, “because Jack would want it that way.”

As part of the storyline, Jack’s loyal assistant Barbara took over his Facebook page and Twitter account to keep fans up to speed. In addition, San Diego-based Jack in the Box Inc. said various in-restaurant merchandising would be dedicated to the campaign.

Denny’s Super Bowl ad, which focused on the chain’s “serious” breakfast, ended with an offer to try its well-known Grand Slam breakfast meal for free on Tuesday between 6 a.m. and 2 p.m. at participating locations of the 1,500-unit chain. The Spartanburg, S.C.-based Denny’s Corp. said it expects to give away as many as 2 million Grand Slams.

Both Denny’s and Jack in the Box, like most of the restaurant industry, have seen customer traffic slow lately as consumers continue to cut back on dining out amid the economic recession. Many brands from all industry segments have said they would spend more on marketing and advertising in 2009 in an effort to spur sales.

Additional restaurant ads seen during or close to the Super Bowl include KFC’s newest campaign, which focuses on the brand’s history of “freshness” and its use of cooks in every kitchen, as well as Taco Bell’s latest promotion that focused on the brand’s spicy chicken enchilada platters. That dish features two enchiladas, rice, beans, chips and salsa. Both KFC and Taco Bell are franchised by Yum! Brands Inc. in Louisville, Ky.

Chili’s Grill & Bar continued its “Pepper in some fun” campaign and highlighted the chain’s Triple Dipper dinner, which features a choice of three “dip-able,” or bite-sized, items from a list of nine choices, priced at $9.99 in most markets. The Northeast-based Legal Sea Foods aired an ad highlighting its chowder, which it said had been served to various presidents at numerous inauguration celebrations.