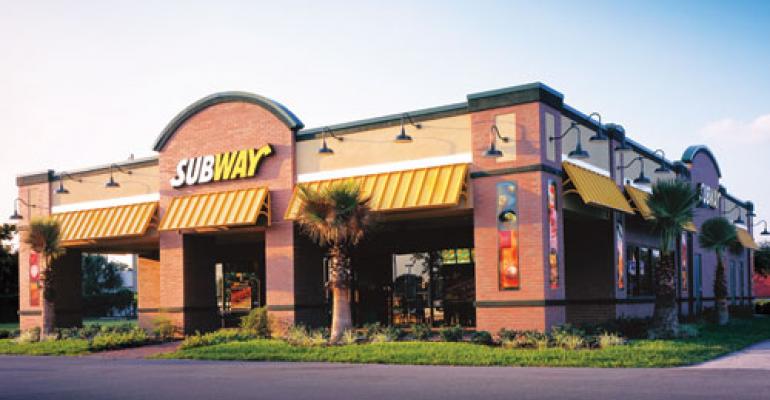 Subway has reduced the sodium in its “Fresh Fit” sandwich choices by 28 percent and across all its sandwiches by 15 percent, the chain said Monday.

Lanette Kovachi, corporate dietitian for Subway, which has more than 34,400 units worldwide, said in an e-mail that the sodium reduction was made primarily in the meats and bread.

“We worked with our vendors to see how much sodium we could take out of the bread [and] meats without affecting the quality or safety of the product,” she said.

Subway is part of a growing number of restaurant chains, including Taco Bell, Chevys, Bob Evans and Domino’s, that have been working to reduce sodium on their menus.

Taco Bell, for example, has been quietly testing a 23-percent reduction in sodium on menus at 150 units in the Dallas-Fort Worth area for several months, Greg Creed, the chain’s president and chief concept officer, told NRN in November.

For Subway, the sodium-reduction process has been ongoing for the past three years, Kovachi said. After working with the vendors on the reduced-sodium items, the products “went through consumer testing then to market test — the whole process took one to three years depending on the product,” she said.

Subway said it reduced the sodium in its “Fresh Fit” six-inch subs by 287 milligrams, to 737 milligrams, excluding extras such as pickles, cheese, olives and dressing. Federal guidelines recommend adults limit sodium to 1,500 milligrams a day.

Subway said it expected the new offerings would remove 450 tons of sodium from the market each year, compared to levels three years ago.

The sodium reductions are a continued effort for Subway to extend its health-oriented options, which were boosted with the introduction of the “Fresh Fit” menu in 2007. Tony Pace, chief marketing officer for Subway’s franchisee advertising fund, said, “We felt it was important to take this leadership role in terms of sodium reduction.”

Subway is one of several foodservice companies that have pledged to voluntarily reduce sodium on its menu as part of the National Salt Reduction Initiative. Subway said it has already met the 2012 sodium benchmarks laid out by the program and that it expects to meet the 2014 benchmarks.

Ralph L. Sacco, president of the American Heart Association president, praised Subway’s move to reduce sodium, saying in a statement that the chain’s efforts would help the organization meet its “2020 goal to improve the cardiovascular health of all Americans and reduce deaths from cardiac diseases and stroke.”