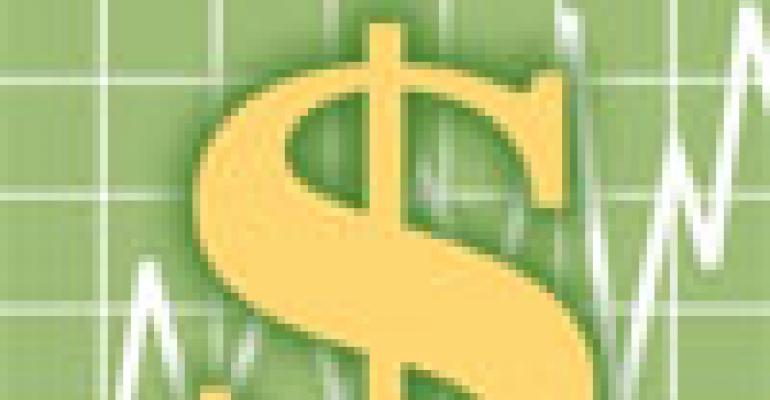 With consumer confidence at a 16-year low, fewer families dining out and oil prices spiking above $130 a barrel, the time seems right for restaurant companies to retrench, not grow.

But executives at such chains as Chipotle Mexican Grill, Bruegger’s Bagels, BJ’s Restaurants and Buffalo Wild Wings nonetheless view 2008 as a great time to roll out new restaurants.

Compelled by the opportunity to take business from competitors and capitalize on more favorable leasing conditions for tenants, including stable or decreased rents, chains that have continued to post revenue and same-store sales gains despite the economic downturn are laying the foundation for long-term growth.

Chipotle is leading the charge with projections of 130 to 140 new units this year, for a total of more than 830 units. Buffalo Wild Wings also is flying high, planning about 75 new locations for a total of roughly 568 restaurants.

“Our sales model and restaurant performance have been very, very strong, and this is a great time for us to be more aggressive,” said Rex Jones, chief development officer at Chipotle. “We look at this as a long-term [opportunity].”

Expanding successfully in this economic environment means navigating many rocks in a rough ocean. Operators must be extra cautious and willing to reject leases or franchisees that might have passed muster when the economy was stronger. These chains also must ensure a formula successful on a relatively smaller scale still can attract the necessary customers over a broader store base. That’s hardly guaranteed during a robust economy, and could become a Herculean task now. Perhaps most importantly, firms need the financial strength, ideally from cash flow, to fund growth.

“You want to see as clean a balance sheet as you can—the less debt that a company has, the more insulated they are if times get really tight,” said Destin Tompkins, a restaurant industry analyst with Morgan Keegan.

What’s more, bulking up now means adding to an already over-stored landscape. Casual-dining chain unit growth outpaced demand every year since 2003, according a June 4 UBS Investment Research Report by David Palmer and Michael Binetti. They expect this imbalance to finally start leveling off this year.

Still, companies that want to boost their store count are banking on their continued ability to take market share even as the total number of customers dining out shrinks. That’s the belief at Buffalo Wild Wings, which plans to grow to more than 1,000 units nationally. The company is capitalizing on a lack of debt and a healthy cash position to fund 15-percent unit expansion this year. Strong sales in new restaurants further underscore chief executive Sally Smith’s confidence that bullish growth makes sense.

Smith plans to keep attracting customers with new initiatives this year. These include late-night offerings, a new Southwest Chipotle sauce, and high-definition TVs in all restaurants to appeal to sports fans.

“Since we’ve been able to manage through these challenging times with continued success…we’re confident the great experience at a good value will continue to bring guests back to Buffalo Wild Wings,” Smith said.

While risky, lease deals today carry some benefits not seen in past years. Chipotle’s Jones said a focus on “A” locations means the company isn’t finding much give from landlords on rent or terms, but Chipotle still sees some upside from the downturn. Rents, which had been rising dramatically, have plateaued for these sites. Meanwhile, many other retailers are delaying growth plans.

“There is less competition for the same sites,” Jones said.

Other chains are finding better terms and conditions. Bruegger’s Bagels chief executive James J. Greco plans to add 30 to 35 units this year, including 15 company-owned locations, for a total of about 303 stores. He is finding that landlords are more flexible on rent, willing to slash it as much as 10 percent. They also are contributing more tenant improvement dollars.

Building Bruegger’s stores costs less, now, too. Hungry for work, contractors answer Bruegger’s phone calls more quickly. When they do, they are willing to reduce the costs of their work by as much as 10 percent, and some materials cost less, too.

“We get multiple bids and the prices are better than they were a year ago,” Greco said.

For BJ’s, recent openings are actually a highlight in a troubled sales climate for its more established markets, especially California. BJ’s, which had 69 locations earlier this year, plans up to 15 new units this year, with longer-term objectives of 20-percent to 25-percent growth. Tompkins noted in a recent research report that BJ’s is focusing on mature, heavily populated markets, rather than experimenting in new areas with lower population density.

Though BJ’s faltered in the first quarter, with flat same-store sales, prompting Tompkins to shave two pennies off his full-year earnings estimate, he still supports the unit growth plans. With no debt on its books, BJ’s has the flexibility to fund expansion, Tompkins said.

“Clearly, if you can successfully grow during this consumer pull-back and the rest of the industry really slows down growth, you can take market share,” Tompkins said, “and when the environment improves and the industry rebounds, you’ll be in a much better, stronger position.”