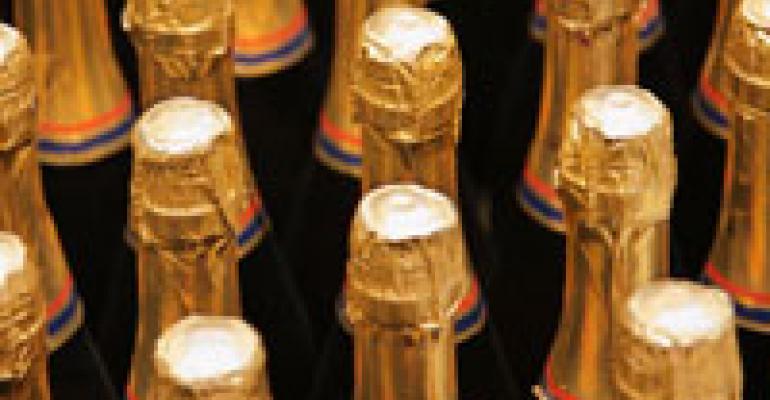 Restaurateurs resolved to make 2011 a memorable year are looking to get their businesses off to the best start possible, lining up New Year’s Eve and New Year’s Day promotions worthy of celebrating.

Independents and chains alike are going beyond Champagne and party favors to get the party started, rolling out special menus and entertainment and hotel packages.

Chain restaurants known for catering to special occasions and large groups make New Year’s Eve a focal point of their marketing calendars. Fondue concept The Melting Pot, for example, is offering a four-course New Year’s Eve menu for $225 per couple at its 145-plus locations. Party favors for the promotion include a framed photo of diners enjoying the festivities and the obligatory Champagne toast.

Dining and entertainment brand Medieval Times is combining New Year’s Eve with its 25th anniversary celebration in the New Year’s Eve Extravaganza. The event, costing $69.95 for adults and $35.95 for children, includes a two-hour live tournament, dancing, a four-course feast with hors d’oeuvres and a Champagne toast, as well as a continental breakfast following the balloon drop at midnight. Partygoers also gain free admission to the chain’s Museum of Torture at all nine castles in the United States and Toronto.

Several Champagne bar concepts have promotions befitting their most important night of the year, including The Bubble Lounge, which has locations in New York and San Francisco.

The San Francisco unit’s “Lights, Champagne, Action” party will have guests walk down a red carpet into the restaurant while the “paparazzi” take their photos. General admission tickets for $125 get revelers Champagne and a premium-liquor bar, plus hors d’oeuvres and desserts, while a VIP package for more than $200 adds a reserved table with table service.

In the New York Bubble Lounge, partygoers can enter the “La Vie en Rose” event for a $25 cover and a $100 minimum tab.

Chicago’s Pops for Champagne also offers a $65 VIP experience to its New Year’s Eve celebration or a $50 general-admission package. Pops’ entertainment for evening will be a jazz quartet.

Casual-dining chain T.G.I. Friday’s also will celebrate the end of the year with half-price appetizers from 9 p.m. to closing, along with a complimentary Champagne toast at midnight. The chain will be featuring two special cocktails: the Korbel California Champagne Split and the Sparkling Champagne Margarita.

Independent operators also will look to start the year off right with a New Year’s bash. In Chicago, the new high-end sports bar Public House will preview the restaurant with a New Year’s celebration that includes a special discounted room rate for the adjacent boutique Amalfi Hotel. The $150 admission will garner a top-shelf open bar and special tastings of the Public House menu. Public House’s grand opening to the general public will be Jan. 13, 2011.

Restaurants attached to high-end hotels will target out-of-towners and locals looking to celebrate by offering special deals. Rare 120, located in the Hard Rock Hotel and Casino in Las Vegas, is offering a $70 fixed-price menu, while Gordon Ramsay at The London West Hollywood will present a three-course and a five-course tasting menu for New Year’s Eve. The three-course option will cost $85 per person and the five-course menu will be $145, and both are offered from 5 p.m. to closing.

New Year’s Day may prove to be just as important as the night before for several restaurants catering to crowds trying to battle their hangovers or enjoy their favorite college football teams playing in bowl games. Gladstones in Malibu, Calif., is offering a $30 buffet-style brunch with bottomless Mimosas and Bloody Marys for $20 more. The restaurant also will run bar specials after brunch for crowds gathering to watch the TicketCity, Capital One, Gator, Rose and Fiesta Bowls. Likewise, Rockit Bar and Grill in Chicago will televise all New Year’s Day bowl games and will offer brunch specials, $15 buckets of Bud Light, $5 Maker’s Mark cocktails and its $6 Gameday Menu.

To capitalize on revelers hosting their own New Year’s festivities, some restaurants are bolstering their catering options for incremental revenues. Nabuki, a sushi restaurant in the Chicago suburb of Hinsdale, Ill., has rolled out several party trays for Christmas and New Year’s parties at home or the office. Its Nigiri and Maki Trays run $120, while Specialty Roll Trays are $80. Nabuki also offers a Vegetarian Roll Tray for $60.

Finally, some restaurant chains already have begun marketing to those customers who inevitably will make New Year’s resolutions to lose weight by eating more healthfully.

Bob Evans is advertising its “resolution solutions” in the form of its Fit from the Farm menu, for which each item contains one-third or less of the recommended daily value for calories, sodium, fat and saturated fat. The menu, introduced earlier this year, includes items like the Apple Cranberry Spinach Salad and the Fruit and Yogurt Crepe with Quaker Oatmeal.