/sites/all/themes/penton_subtheme_nrn/images/logos/footer.png
Recent
Recent
Al fresco dining becomes solution for full-service restaurants
May 29, 2020
Xperience Restaurant Group CEO Randy Sharpe, parent of El Torito and Chevys, talks about reopening in California, where dine-in rules are both flexible and strict
May 29, 2020
John Fuller named CEO and president of Wahlburgers
May 28, 2020
Popeyes’ same-store sales up more than 40% in third week of May
May 28, 2020
Trending this week: How restaurant reservations are changing in the wake of COVID-19, and more on Golden Chick's new chicken sandwich
May 28, 2020
Featured
Red Robin paying partial rent during COVID-19 crisis
Jun 01, 2020
JDE Peet’s — valued at €15.6 billion ($17.4 billion USD) — makes its IPO debut on Euronext Amsterdam
Jun 01, 2020
Flavor of the Week: Morning daypart embraces the breakfast burger
Jun 01, 2020
House overwhelmingly passes bill to extend Paycheck Protection Program and make it more flexible
May 28, 2020 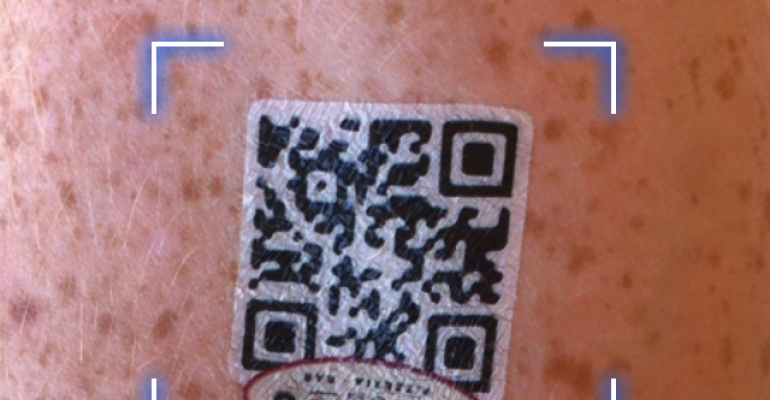 Social-media ROI from tattoos and tags

Did you know today was Social Media Day? Neither did I, which is why I celebrated by not checking into my Twitter account until lunchtime. But luckily, one of my best sources on Midwestern independent restaurants and social-media marketing is Joe Sorge of Milwaukee, who called to tell me all about his latest campaign that would be perfect for a Social Media Day blog post. The promotion combined the latest digital-marketing tools (Foursquare, Twitter, quick-response codes, smart phones) with one of the biggest fads of my lame, misspent youth (temporary tattoos).

Let me explain. Joe's company, Hospitality Democracy, recently became the franchisor of the three-unit Zaffiro's Pizza, and his team set up a booth this year at Summerfest, an 11-day concert festival on Milwaukee's lakefront. Joe has always pushed to do new things in social media -- he built the loyal following for his flagship restaurant, AJ Bombers, almost completely through Twitter, and he was on Foursquare well before any of us had a clue what location-based social media would turn out to be. As such, he wanted to promote Zaffiro's at Summerfest with quick-response, or QR, codes, which people scan with a smart phone to instantly access pertinent websites on their phones.

The trouble was, Summerfest organizers wouldn't let Zaffiro's put its QR code stickers all over the event space. Joe's solution was to make the QR codes into temporary tattoos that customers could afix to their bodies while waiting for their pizza. Zaffiro's staffers showed people how to scan the QR code, which pulled up a link to check in to the booth at Summerfest on Foursquare.

There's a lot to unpack here:

1. Zaffiro's presence went viral really quickly. First, let's start with the fact that people were walking around Summerfest with QR codes on their bodies, which also happened to contain the Zaffiro's logo. That curiosity factor drove a lot of traffic to the booth, Sorge said. Second, each Foursquare check-in automatically got shared with users' Facebook and Twitter profiles, the latter of which was a preloaded tweet reading, "I just nommed @zaffirospizza at #summerfest for my chance to win free pizza for a year!"

That drove sales because "as people started sharing this to their networks, the customers coming to Summerfest now have us in mind," Sorge said. "There is a good chunk of ROI attached because of all the awareness being created."

2. It wasn't just for QR-enabled phones. Sorge admitted that QR codes aren't ready for widespread adoption yet, estimating that maybe 20 percent of the Summerfest crowd knew what they were and perhaps only 5 percent had phones capable of scanning the codes. Plenty of people have Web-enabled cell phones, though, so Zaffiro's provided guests with a shortened Web link, MKEgo.com/freepizza, that took them to a ready-made, sharable Facebook post or tweet to keep the buzz going.

3. Zaffiro has discovered a couple of social-media tricks. For Foursquare, creating a venue on the location-based network containing a Twitter hashtag -- which Sorge did by setting up "Zaffiro's Pizza #Summerfest" -- is "the real breakthrough," because even more people saw the check-ins when they were searching Twitter for information about the Summerfest concert event.

"We're hoping for the 'like' there," Sorge said. "If the default is that you land on the info tab, that doesn't do anything for you, because you can't see how we're trying to interact with you."

4. It worked in analog, too. "Everyone thinks social media is Twitter, Facebook and Foursquare, but the power of it is in the word-of-mouth it causes, not in the tools," Sorge said.