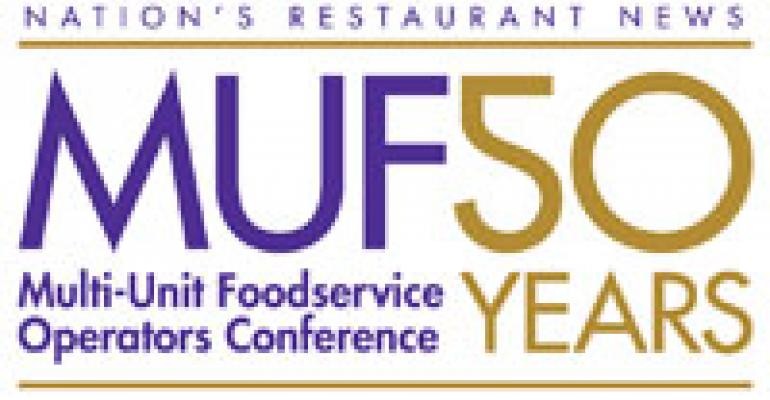 Click here to see a slide show of photos from the event.

Also at the event, Richard Melman, founder and chief executive of Chicago's Lettuce Entertain You Enterprises, was given NRN's 2009 Pioneer Award.

In addition, five decades of Golden Chain and Operator of the Year winners gathered together on stage to be recognized for their contributions to the restaurant industry.

The celebration also included a special tribute to the late Norman Brinker, an industry pioneer who passed away earlier this year. Nation's Restaurant News announced it had created a special leadership award, called The Norman, in his honor. Beginning next year, the annual award will be given to an industry leader who is helping to develop the next generation of leadership.

MUFSO concluded on Tuesday. To learn more about what happened at the show, including additional photos and video, check out NRN's blog, Show NEWS by NRN.